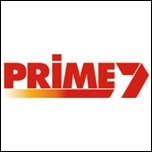 The Prime7 television network has backed down from last month’s decision to relocate production of its Tamworth-based news bulletins to Canberra.

Prime7 chief Doug Edwards told Tamworth staff that the news production unit of around 14 staff will now stay in Tamworth as opposed to the previous plan which was to see some production staff redeployed to Canberra and the local news presented by network weather presenter Daniel Gibson.

The move of the Tamworth-based news bulletins, covering the Tamworth and Taree regions, was scheduled to take place in April.

The turnaround is reported to have come after a review of the logistics in producing as many as five regional newscasts out of Canberra – with the Prime7 studios in the national capital already compiling local news bulletins for the Orange, Wagga Wagga and Albury markets each weeknight.  The original plan would have seen some pre-recording of newscasts and this raised the concern that late-breaking news stories could be left out from the evening bulletins, although Prime7 at the time said it would still have the capacity to cover late-breaking news to local markets.

Political lobbying against the move to Canberra – led by federal MP Tony Windsor – plus strong viewer and staff reaction are also believed to have been contributing factors in the network’s reviewed strategy.

The Tamworth studios have been producing local news since 1965 when the station originally known as NEN9 commenced transmission.  The station became part of the Prime network in the late 1980s in the lead-up to aggregation.

Permanent link to this article: https://televisionau.com/2012/02/prime7-backs-down-on-tamworth-axe.html