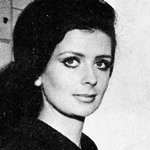 Bobo Faulkner, former model and Melbourne television personality, died earlier this month in the UK after a battle with cancer. She was 73. Born Ann Minchin, she was given the nickname Bobo by her then husband, actor Trader Faulkner. She came to Australia from England in the late 1960s and was established as a model when she made …

END_OF_DOCUMENT_TOKEN_TO_BE_REPLACED Soaps ’95 TV Week has the rundown of what to expect in TV’s returning dramas: Blue Heelers, the hit new show of 1994, is back with cast regulars John Wood, Lisa McCune, William McInnes, Martin Sacks, Damien Walshe-Howling, Julie Nihill and Grant Bowler. An early episode sees Maggie (McCune) and Adam (Walshe-Howling) caught in a …