I love a sunburnt Christmas…
Some of TV’s popular stars recently took to Sydney’s northern beaches to share some of their plans for the upcoming festive season. Aaron Pedersen, from ABC‘s Blackout, says Christmas for him is a time of solitude: “I remember a few Christmas parties at my foster parents’ place, where everyone got drunk, and started arguing. So I think it’s best to do my own thing. I basically like to go where people aren’t. I get up early in the morning and find a place that is isolated and just spend some time there.” Getaway‘s Lochie Daddo will be working over the Christmas period, starring with Jo Beth Taylor in the pantomime Cinderella, but looks forward to Christmas Day with family, including catching up with brother Cameron who has returned from the US with wife Alison. Just Kidding‘s Sofie Formica has memories of Christmases on Gold Coast beaches as a child, but this year will be catching up with family ahead of her wedding in late December. Talk To The Animals reporter Kelly Pummeroy is heading to the family farm in Horsham in country Victoria: “Because I’m travelling a lot, the break gives me time to settle down for a while. The important thing is I know I’m going to be with the family.”

What’s the story, Sofie?
Just Kidding co-host Sofie Formica has said nothing about her television future — but her appearance at a Sydney press conference, complete with US TV camera crew, for visiting star Pamela Anderson has pretty much spilled the beans on her next TV venture. She has compiled a report on the Baywatch star, in Australia to host the recent Australian Music Awards, for American TV program Extra. Formica, who has recently had an extended holiday in the US, will be filing reports for Extra from Australia until she returns to the States following her wedding to fiance Scott Wilkie.

Tiffany’s at home with TVTV
Tiffany Lamb has now settled into her new home in a new city, Melbourne, and is looking forward to another year of ABC‘s TVTV — but co-host Mark Mitchell‘s future with the show is yet to be clarified. “Based on my relationship with the ABC and the conversations we’re having, TVTV does have a good life in 1995 and I’ll be there,” she told TV Week. “I’m not sure what Mark will be doing or what angle TVTV is going to take next year.” 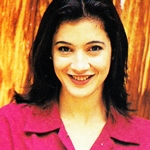 “Television — and especially television being produced in this country — is at great risk of being submerged under a total bland-out unless something is done to change the current trend. The simple fact is that so-called “infotainment” has taken over to such a degree that a blur has been created across the networks. Everyone is rushing so headlong into producing cheap programs on finance, health, weddings and holidays that what used to make television occasionally entertaining has been trampled or, worse still, just forgotten.”

Monday: Gordon Bray and Rob Mundle host live coverage of the start of the Kodak Gold 50th Anniversary Sydney To Hobart Yacht Race (12pm, Ten). The Second Test (3.40pm, Nine) resumes at the MCG and continues through to Thursday.

Thursday: The Best Of Beyond 2000 (7.30pm, Ten) includes reports on futuristic big game fishing, the ultimate in interactive computer games and the latest in helicopter transport.