Number One show but Sofie quits!
Just Kidding may have been topping the ratings but co-host Sofie Formica (pictured with co-host Steven Jacobs) has decided that the third series about to go into production will be her last. “As far as me personally (returning for a fourth season), it is highly unlikely that I’ll do anymore,” she told TV Week. Having been on an extended holiday in the US, Formica returned to Australia for taping of the third series of Just Kidding and to marry boyfriend Scott Wilkie. The pair will then be headed back to the US.

Jason’s set to shoot
Jason Donovan is set to return to Australian television screens in the new year, starring in the two-hour telemovie The Last Bullet. The Australian-Japanese co-production, timed to coincide with the 50th anniversary of the end of World War II, will be shot almost entirely on location in Queensland. The Last Bullet will screen on the Nine Network. 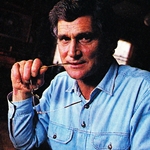 ‘How the Chamberlain case changed my life’
TV reporter Mike Lester (pictured) tells TV Week he is still haunted by the Lindy Chamberlain case. A journalist with the Nine Network for 11 years, Lester covered the two inquests and trial over the disappearance of baby Azaria Chamberlain from a campsite at Ayers Rock in August 1980. “But I certainly wasn’t proud to be a member of the media for much of the case when I saw what was being broadcast, printed, presented on radio and television,” he said. “There were some reporters who treating it as a bit of a joke.” Lester said he made himself known to both Lindy and Michael Chamberlain and became sympathetic towards them when he saw the tactics employed by the prosecution. “I didn’t like the way the NT Government was out to get this lady — and it seemed they were going to get her, right or wrong. I had been told what the finding of the second inquest would be before it began.” He admits that the case led to him getting out of covering hard news. He later moved to the country and has since been covering stories of much different kind for the Seven Network‘s lifestyle-magazine show Talk To The Animals. (Lindy and Michael Chamberlain’s convictions were quashed by the NT Court of Criminal Appeal in 1988)

Tuesday: Jennifer Keyte’s World Around Us (7.30pm, Seven) presents the first of a two-part special, The Charm Of Britain, featuring Greg Grainger‘s tour of the diverse British countryside and sampling its rich traditions, history and culture.

Wednesday: In the special The Australian Geographic Show (7.30pm, Ten), Pip and Dick Smith go on an aerial adventure of discovery, meeting bush characters and experiencing the remote wilderness in a way it has not been seen before.

Thursday: The UK documentary The Team They Wouldn’t Play (8.30pm, SBS) looks at the sporting boycott which banished South Africa from international cricket for 14 years. 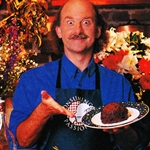 Friday: Gordon Moyes and Kathryn Greiner host the Darling Harbour Christmas Pageant (7.30pm, Seven), recounting the events of that occurred in Bethlehem 2000 years ago and with a cast of over 2000, including camels, donkeys and sheep. Featured artists include Genevieve Davis and David Lemke from the Australian Opera. Chef Ian Parmenter (pictured), presenter of series Consuming Passions, hosts his own Christmas special, A Taste Of Christmas (8pm, ABC), filmed in Western Australia’s Margaret River region.