Tristan tugged in a new direction
Tristan Bancks, who has just left Home And Away, and former co-star Dieter Brummer have become business partners in a new television production company. Bancks, who played Peter “Tug” O’Neale, has recently been in the United Kingdom to discuss ideas for a new show while also making television appearances and signing to play Aladdin in an upcoming panto. “I’ve talked to agents over there about doing some theatre work and teeing up some long-term stuff,” he told TV Week. “I’m interested in production, but mainly from the viewpoint that I can’t stay in the vibe of the industry when I’m not working as an actor.” 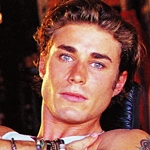 ‘No-one can stand me!’
Tasmanian actor Jaason Simmons (pictured) has moved on from the ill-fated Paradise Beach and joined the cast of the hit American series Baywatch. Simmons plays the part of lifeguard Logan Fowler who joins the squad as part of a lifeguard exchange program with Australia. “Basically I’m there to cause conflict,” he told TV Week. “I’m an unconventional lifeguard and people I work with may not like me, but I do my job well so that’s why I’m staying. In fact, now that I think about it, no-one can stand me!” Simmons had first made the move to Los Angeles three years ago, collecting garbage in order to pay for acting classes and managed to score a minor part in Beverly Hills 90210 that ended up on the cutting room floor. He returned to Australia where he picked up the role of Harry Tate in Paradise Beach and also a role in the short film Page 73. He was working on Page 73 when he was told he had the Baywatch part. “I was a bit concerned after seeing this show and wondering what everyone would be like,” he said. “People think that ‘beautiful people’ can be hard to get along with, but everyone welcomed me with open arms… it is like a family.” Simmons’ appearances in Baywatch are due to begin airing in Australia later in the year.

Family law
Husband and wife actors Denis Moore and Val Levkowicz often end up working together — but it’s always by coincidence. This time the pair are working beside each other in ABC‘s Janus, with Moore as County Court Judge Grossman and Levkowicz as his associate, Rose Lipski. Yet they auditioned for the roles separately. “When I went to audition for Janus, Denis read opposite me — not the same role he ended up getting,” Levkowicz told TV Week. Moore added, “She got her part, and then I was asked to audition for the role of Grossman.” The pair have also worked together as married couple Ross and Bev Roberts in the sitcom Newlyweds. “No-one on the Newlyweds set even knew we were married in real life until a few weeks after we started,” Moore said. 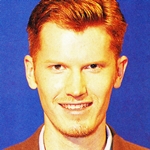 “It suddenly dawned on me just the other day (these things can take a while) that I have now seen 15 hours of the British series Between The Lines. I have been hanging around this page — and this business — for one or two days now and, in that time, I don’t recall a one-hour series completely hooking me as this one has. Obviously I’m not the only one, either. In this office, where we are lucky enough to get access to tapes in advance of episodes going to air on the Seven Network, we have a dedicated band eager to follow the latest pursuits of the show’s anti-hero, the internal investigations copper Tony Clark, played by Neil Pearson. There’s a less-than-orderly queue formed each week… after, of course, I’ve pulled ranked and had first look.”

Monday: In Home And Away (7pm, Seven), Jack’s (Daniel Amalm) luck with his string of girlfriends finally runs out.

Tuesday: In Blue Heelers (7.30pm, Seven), a farmer’s niece returns to Mount Thomas to help her family retain their property which they could lose due to an ancient law. In GP (8.30pm, ABC), Kate Morrison (Deborra-Lee Furness) consults William (Michael Craig) seeking a double mastectomy as a preventative measure against breast cancer. In Law Of The Land (9.30pm, Nine), Clive (Richard Moir) questions Ray (Mike Bishop) about lying the night he was at the hotel.

Wednesday: In Wedlocked (8pm, Seven), Lex (Richard Piper) gets romantically involved with a member of the Salvation Army. 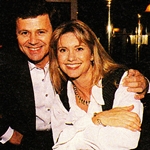 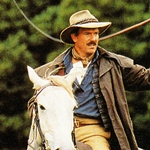