Some non-blog updates for the month. Fighting crime in suburban Melbourne rarely required the Division 4 team to board a plane, but one episode which saw the squad on a chase ending up at Moorabbin Airport led to an opportunity for the stars to be taken on a flight over Melbourne after filming was completed. Looking over the cockpit of the Piper Aztec plane before take-off are Division 4 stars Pat Smith, Gerard Kennedy and Terence Donovan. 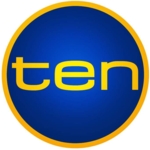 The 50th anniversary of the launch of the first station in what is now the Ten Network was the theme for blog posts during the week ending 1 August:

Permanent link to this article: https://televisionau.com/2014/08/television-au-august-update.html