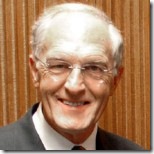 Former WIN Television newsreader Peter Leonard has died after a battle with mesothelioma.  He was 66.

A resident of Canberra for more than fifty years, Leonard began his career at radio station 2CA in 1962, and stayed for nearly ten years.  He then served as a news presenter for local ABC radio and television for two decades before joining WIN Television in the early-’90s to read its Canberra-based news bulletin.

Leonard stayed at WIN News until he announced his retirement in July last year.  He was diagnosed with mesothelioma in January this year.

“He’s lived here almost all his life. He’s a person from the region, a Canberran for more than 50 years, a former Canberran of the Year.  I know of nobody in Canberra that really we could actually claim as quintessentially the ‘voice of Canberra’.”

Peter Leonard is survived by his wife Gwen, his children Matthew, Nathan, and Natasha and his grandchildren.

Permanent link to this article: https://televisionau.com/2008/09/peter-leonard.html