‘I would love to marry this girl!’
TV’s hottest couple Mat Stevenson and Toni Pearen (pictured) are optimistic that their relationship can sustain the pressures of showbusiness… with Pearen on the verge of a pop music career while Stevenson has just renewed with Home And Away with a contract that will see him in the series through until late-1993.  “From the day we met we were both interested in each other’s hopes and aspirations,” Pearen told TV Week.  “Mat is seeing all the amazing things that are happening to me at the moment, and while it is scary, we are there for each other.”  Currently living together in Sydney the pair have no plans to tie the knot.  “I would love to marry this girl,” Stevenson said.  “But neither of us are ready for marriage yet.”

Nicolle’s away
After five years in Home And Away, Nicolle Dickson is set to quit the show.  Dickson’s current contract expires in March, which will see her on-screen until mid-1993, but the show’s producers say they are still in negotiation with the popular star.  “Nicolle has been talking about leaving for the past year,” producer Andrew Howie said.  “We’re still negotiating.”  With the series also losing cast members Les Hill and Rebekah Elmaloglou there will be some fresh faces moving in over the coming months.  Lisa Lackey and John Adam have started work on the series, with another new female character still to be cast.

The long and short of commercial success
The British Academy Of Film And Television Awards (BAFTAs) are the annual highlight of the British film and television industry, with David Frost hosting the recent two-and-a-half hour presentation of the prestigious awards.  But a pair of Aussies stole the limelight when Elle Macpherson and Rebekah Elmaloglou made a striking contrast as they posed together.

Lawrie Masterson: The View From Here
“If your initial glance at our cover this week caused you to do a bit of a double take, it’s likely that not all the credit belongs to two of television’s hottest young stars, happy couple Toni Pearen and Mat Stevenson.  TV Week has been touched by the zephyr of change which is causing a few flutters in the television industry at the moment, and we have a new masthead.  It is a big move because any publication’s masthead should be a symbol with which that publication is synonymous.  It is the first time anyone around here cares to remember — well, to be truthful, it is the first time anyone around here can remember — the design of the TV Week masthead being changed.  We think the new Nineties model is bolder, cleaner and more up-to-date and that the change itself is symbolic, too — symbolic of the fact that TV Week is prepared to move in pace with the television industry itself.”

Wednesday:  In A Life (ABC), Aboriginal artist and activist Oodgeroo Noonuccal (formerly Kath Walker) talks to host Peter Ross about how a brush with death led to her developing a new outlook on life.  SBS presents the final 1992 episodes of The Movie Show and Face The Press. 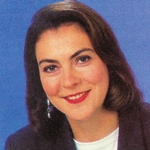