Looking sharp for the Melbourne Cup

It’s Melissa and Melissa
It was three years ago that Melissa Bell and Melissa Tkautz (pictured) were rival competitors in the Miss Teen Australia contest — which Bell ended up winning.  Now the two former teen pageant stars are rivals of another sort in Network Ten series E Street, with their characters both keen for the attention of Constable Max Simmonds (Bruce Samazan).  Tkautz has returned to the series after what was reported to be a bitter feud with the show’s producer, Forrest Redlich.  “The split wasn’t as big as everyone thought,” Tkautz told TV Week, adding that the feud was triggered by a misunderstanding from a magazine article written about her.  “That’s all old history now,” she said.  Former Neighbours star Melissa Bell is coming into E Street as Bonnie Tait, although it is Bell’s second appearance in the series as she had an earlier role as Janine before moving on to the role of Lucy Robinson in Neighbours.

‘Why I said no to Jana’s job…’
Midday host Ray Martin has denied industry gossip that suggested he was the ‘loser’ in the planned reshuffle at Nine that would see Mike Willesee and Mike Munro take over from Jana Wendt in A Current Affair, while he would stay on at Midday.  Martin has told TV Week that he had knocked back an offer for Wendt’s job some months earlier.  “As much as I like current affairs and the program, I kept saying to myself, ‘Are you going to be happy?  Is this really going to please you?’.  I don’t think it would have.  The longer I go, the harder it is to break away from Midday.”  But as well as Midday, Martin’s new arrangement with Nine does include a series of interview specials — the first is titled Good Blokes And Superstars, due to go to air later this month. 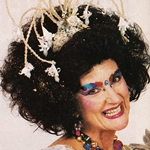 A fairytale ending
Anne Charleston and Maggie Dence have both quit the long-running Neighbours and are heading to the United Kingdom to work the Christmas pantomime circuit.  Dence, who plays headmistress Dorothy Burke in Neighbours, will be starring as the fairy godmother (pictured) in Cinderella, while Charleston will be playing the part of Bow Bells in Dick Whittington.  As to her exit from Neighbours, Dence is confident her character will not meet a dramatic end.  “I’m very confident of not dropping dead,” she said.  “The producers have told me I’ll be pleased with her exit.”  Meanwhile, Charleston’s character Madge Bishop splits from fiance Lou Carpenter (Tom Oliver) and heads to Brisbane to live with her daughter Charlene and son-in-law Scott (formerly played by Kylie Minogue and Jason Donovan).  For Charleston, the seven years that she played Madge far exceeded her initial expectations.  “My original Neighbours contract was for three months, with a three-month option on top of that,” she said.  “I thought at the time I’d be lucky to be working for six months.  All of a sudden I was on a runaway train!”

Lawrie Masterson: The View From Here
“Who Killed Malcolm Smith? (ABC) is a confronting and sobering film from the producer-director (and husband and wife) team Nicholas Adler and Caroline Sherwood.  A direct follow-on from the Royal Commission into Aboriginal deaths in custody, it places the blame for Smith’s death — officially, he committed suicide — on society in general and leaves open the question of whether the royal commission achieved anything other than drawing attention to the problem in general.” 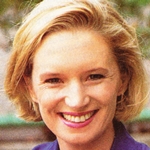 Tuesday:  In the series final of GP (ABC), Donna (Tracie Sammut) is now a teenager, displaying rebellious behaviour and developing a friendship with Jeff (Brett Blewitt), and there’s tension in the Browning family as to how to raise her.

Thursday:  In Police Rescue (ABC), at Angel’s (Steve Bastoni) buck’s night celebrations, Nipper (Steve Bisley) meets up with an old adversary, Johnny Blackett (Phillip Gordon), whom he arrested more than six years and has just been released from prison.  Nipper suspects Blackett when his home is burgled, his kids followed and the family cat strangled.  In E Street (Ten), the nightmare deepens for Penny (Josephine Mitchell) as a clue to Charlie’s (Pru McGuire) whereabouts emerges. 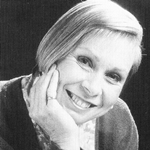