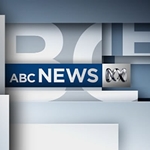 ABC1 is expanding its news coverage next year by launching a national 5.30pm bulletin, reports The Australian.

The new bulletin, to be produced from ABC‘s Perth studios and presented by Perth newsreader James McHale, will be a rival to late-afternoon bulletins offered by Seven and Nine, while Ten‘s flagship news hour, Ten News At Five, is currently subject to a restructure process behind the scenes and with a number of news staff being made redundant.

The Perth studios have apparently been chosen to host the national bulletin due to time differences to the east coast, meaning that the early evening bulletin goes to air from mid-afternoon Perth time when local studios are in less demand.

There is not expected to be any change to the existing state-based 7.00pm ABC News which is currently enjoying a boost in popularity up against soapie stalwart Home And Away, the recently-completed Big Brother and re-runs of Modern Family.

This is not the first time the ABC’s main channel has aimed to break the 7.00pm barrier with news coverage.  In 1985 The National provided a combined news and current affairs hour starting at 6.30pm.  A few years later World At Six was launched in competition to the World News bulletin from SBS.

Children’s programs which have traditionally dominated the late-afternoon hours on ABC1 are now available on ABC2 and ABC3.

An official announcement of the 5.30pm program is expected from ABC in the new year.

Permanent link to this article: https://televisionau.com/2012/11/abc-to-launch-a-5-30-report.html