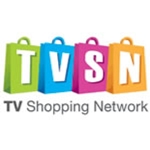 Another shopping centre is about to be plonked onto the television landscape.

Following the launch of shopping-themed ‘datacast’ channels by the Seven Network, Prime7, Nine/NBN and WIN, it was only a matter of time before Ten — a network currently rating behind the ABC and probably in need of a dollar — followed suit with their own.

From Monday 24 September, Network Ten will be screening TVSN — the shopping channel that has been available on pay TV since 1995 — on digital channel 14.

The digital channel will broadcast 24 hours a day, although Ten makes the point that live-to-air Australian content will occupy at least 12 hours a day.

“TVSN is a strong, well-established brand and a great partner for Network Ten.  We are looking forward to a long, successful relationship with TVSN, including the creation of new opportunities for Network Ten’s advertisers.”

It is not known if a similar arrangement with TVSN has been struck with Ten’s regional broadcast partner Southern Cross Ten which also has capacity to operate a datacast channel.

Channel 14 is not the first time TVSN has been made available on free-to-air television.  Regional network Prime used to broadcast TVSN in its midnight-dawn timeslot.

Datacast channels such as TV4ME, Extra and Gold are not obliged to meet the same content requirements as the mainstream channels and are restricted to carrying only genres of limited appeal such as home shopping, educational or community programming, religious or indigenous material and government information.

Although there are these new channels devoted to home shopping, or ‘paid programming’, plus sizeable amounts of airtime on existing primary and digital multi-channels devoted to the genre, very little is known as to how many people are watching — or buying from — these commercials.  Datacast channels are not included in official ratings surveys.

Permanent link to this article: https://televisionau.com/2012/09/home-shopping-comes-to-ten.html