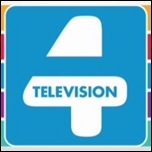 The Seven Network has announced that it will be broadcasting the datacast channel TV4 on its digital signal from early December.

TV4, operated by marketing and production company Brand New Media, has been broadcast on the digital signal of Seven’s regional affiliate Prime7 since 18 September.

If online discussion about Prime7’s broadcast of TV4 is any indication, Seven Network viewers can expect the channel to largely consist of infomercials – low-rent programming that is normally reserved for mid-dawn timeslots.

Datacast services are intended for the transmission of information or niche format content and are precluded from providing general entertainment or mainstream programming.  An extended trial of datacasting was conducted in Sydney via Digital Forty Four, providing access to shopping and religious programming, government information and parliamentary broadcasts as well as an electronic program guide (EPG) for all free-to-air channels.  The trial also provided a free-to-air outlet for National Indigenous Television (NITV), whose access in most areas is otherwise limited to pay-TV platforms.  The trial concluded in 2010.

Permanent link to this article: https://televisionau.com/2011/11/tv4-coming-to-the-seven-network.html