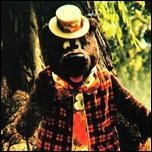 For almost forty years the character of Humphrey B. Bear was the flagship of the Nine Network’s children’s programming portfolio.

The character of Humphrey and the accompanying television series, Here’s Humphrey, may have been mothballed by Nine some years ago – it was last broadcast in 2008 – but there could still be some life to live in the funny old fellow called Humphrey. 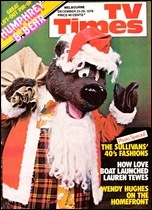 Also up for sale is Banksia’s share of The Curiosity Show, a science program for children that was created as a spin-off from Here’s Humphrey in the 1970s and also ran for many years on the Nine Network.

Seven News reports that liquidators BRI Ferrier would not comment on how much Humphrey and The Curiosity Show were worth, but have said there has already been significant interest from potential buyers.

Penni Hamilton-Smith, a former producer of Here’s Humphrey, says that the character of Humphrey is “ageless” and would love to see him back entertaining children:

“I’d like to see him working with children again, either in a television show or a live show, that would be wonderful.  He’s got incredible charm and great charisma.”

“Everyone adores him, he goes around bringing joy and affection into people’s hearts.  If he can keep doing that, it would be absolutely wonderful.”

The character of Humphrey B. Bear was created by producer Rex Heading at NWS9, Adelaide, in the mid 1960s as a result of the channel’s main children’s character, Bobo the Clown, moving across to rival channel SAS10.

Humphrey made his debut in 1965 on local program The Channel Niners before being given his own show, Here’s Humphrey, which was screened nationally in the Nine Network on a regular basis until 2003 and returned for a brief run in 2007-08.

Interested buyers have until the end of next month to make an offer on Humphrey and his friends.

Permanent link to this article: https://televisionau.com/2011/08/humphrey-and-friends-for-sale.html