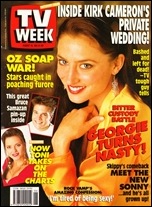 Lucy turns nasty… very nasty!
A bitter custody battle is set to show A Country Practice’s Lucy Tyler (Georgie Parker, pictured) in a disturbing new light.  The turnaround in her character has even shocked Parker herself.  In recent episodes, Lucy and husband Matt (John Tarrant) have settled into foster-parenthood with their child, Jason (Sam Boggs).  Now, when Jason’s mother, played by Lisa Hensley, returns to collect him after winning custody through the courts, Lucy refuses to give the child up. “It’s a dimension to Lucy that nobody has seen before,” Parker tells TV Week.  “She turns nasty, very nasty.” 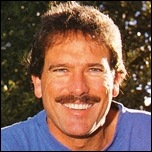 Skippy’s making a comeback… and the new Sonny is a daddy!
The Nine Network has commissioned 26 episodes for a Nineties version of the classic TV series Skippy The Bush Kangaroo.  The original series, which ran for 91 episodes and was syndicated around the world, featured child actor Gary Pankhurst as park ranger’s son Sonny Hammond.  In the Nineties version, Sonny is grown up, a widower with two children, and running his own animal park in Queensland.  Andrew Clarke (pictured), former star of Sons And Daughters, Anzacs, Sword Of Honour and Flair, has signed on for the role of Sonny Hammond.  Filming of the new series is due to start at the Warner Bros studios on the Gold Coast in the next few weeks and the series will go to air next year. 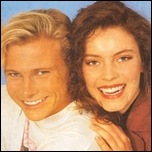 Neighbours is welcoming two new cast members as the long-running series celebrates its 1500th episode.  Former Cleo Covergirl of the Year Rachel Blakely and actor Scott Michaelson join the series as Gaby and Brad Willis, daughter and son of Doug and Pam Willis (Terence Donovan and Sue Jones).  Despite his new role, Michaelson jokes that he is an “old hand” at Neighbours.  “I was first on as an extra when it was on the Seven Network.  Then about four years ago, I had a small part as one of the school kids,” he said.

As the Nine Network’s 60 Minutes approaches its 500th edition, reporter Mike Munro is asked about some of the women he’s interviewed over the years.  His favourite?  “Katharine Hepburn, without a doubt.”  The hardest to get to was Madonna.  “The string of entourage was incredible,” he told TV Week.  “Hepburn had an assistant and a maid.  Madonna had six bodyguards, a personal assistant and four public relations people.” 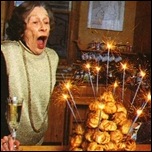 When former Prisoner star Sheila Florance went into hospital for her fifth cancer operation in June, most people – including Florance herself – thought it would be the last time they saw her.  But she has come out of the operation and celebrated her 75th birthday with friends and former Prisoner co-stars.  Her birthday also became a double celebration, as she has also been nominated for an AFI Award for her recent performance in the film A Woman’s Tale.

John Laws says…
”I’ve been a bit perplexed at how Peter Couchman’s program – ostensibly established to canvass Australian issues, otherwise why the name Couchman Over Australia – has seen fit to travel overseas to bring us its talkfests.  I can recall Couchman and his considerable entourage turning up in various countries, including Turkey, New Zealand and some others.  Has it all been worthwhile?  Do we really need a taxpayer-funded Australian TV personality to travel the world organising talk-ins about problems that affect countries thousands of kilometres away from Australia?  In critical economic times – as we now face – all organisations, private and public, have to tighten the purse-strings and in the case of the ABC there has to be a realisation of this essential truth to business life.”

Tuesday:  Beyond 2000 (Seven) reports on a team in Sydney that has developed a new way to monitor the heart that goes one step further than the ECG.

Thursday:  In Embassy (ABC), a Ragaani mail-order-bride is murdered by her Australian husband.  In response, Mahmoud (Joseph Spano) orders that no passports are to be issued to Ragaani women.

Friday:  Bathmat-turned-celebrity Agro is an unlikely guest on this week’s Burke’s Backyard (Nine).