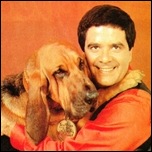 Townsend was a producer for Mike Willesee in the 1970s and had edited a children’s newspaper, Zoot, before he ventured into producing his own program, which eventually became Simon Townsend’s Wonder World.  The program, a magazine format aimed at children, was first devised back in 1973.  A pilot was produced in association with Seven but it was not picked up.

By the late 1970s the broadcast rules were changing to enforce a minimum amount of first-run Australian-made content for children on commercial networks.  A second pilot, produced independently, was successful in gaining approval for broadcast under the new ‘C’ classification and the 0-10 Network ultimately picked up the program in 1979.

Simon Townsend’s Wonder World continued until 1987, clocking up over 2000 episodes and winning five Logies.  Townsend later returned to television as the presenter of ABC’s early evening program TVTV, a nightly program based around television.

Townsend has since suffered a number of personal setbacks, including three strokes and the death of his wife Rosanna from cancer.  He is now retired.

Permanent link to this article: https://televisionau.com/2011/08/simon-townsend-on-the-morning-show.html