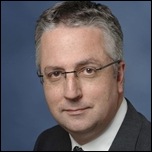 ABC Managing Director Mark Scott (pictured) has been named an named an officer of the Order of Australia in this year’s Queen’s Birthday honours list.

Mr Scott, head of the national broadcaster since 2006, was recognised “for distinguished service to media and communications, and to the community through advisory and governance roles with a range of social justice and educational bodies.”

Before becoming Managing Director of the ABC, Mr Scott had a background in the print media industry and has served as a board member for charities including Wesley Mission. 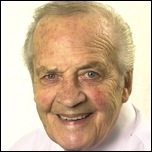 Other media identities to be recognised in this year’s list include sporting identity Max Walker, former test cricketer and commentator for ABC radio and the Seven and Nine networks; Peter FitzSimons, author, newspaper columnist and broadcaster; and Bob Horsfall (pictured), actor, scriptwriter and performer in radio, television and films – including eight years at HSV7, four years at GTV9, and appearances in programs including In Melbourne Tonight, Sunnyside Up, World Of Sport, Division 4, Matlock Police, Bellbird, Homicide, Prisoner, Neighbours and Blue Heelers.

A total of 376 Australians were honoured in this year’s list.