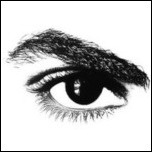 Nine’s A Current Affair continues to tap the well of classic TV shows for a bit of nostalgia.  While TV shows featured to date have mostly been from the last century – including Young Talent Time, The Sullivans, A Country Practice and Prisoner – the show’s latest TV feature is from a much more recent period.

Big Brother was the brain-child of Dutch TV producers in the late 1990s and had already been franchised through Europe and the United Kingdom before Network Ten had adopted the format for Australia – and ten years ago this month the first Australian Big Brother housemates were locked away in the high-tech compound located in the Dreamworld amusement park, removed from all outside influences and placed under the constant monitoring of dozens of cameras around the clock… and viewers couldn’t get enough of it.  The show was a nightly hit for Ten and the weekly eviction shows rated particularly well. 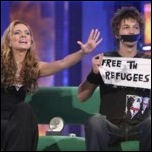 Over 100 housemates passed through the various Big Brother houses over eight seasons, but A Current Affair reporter Ben McCormack gathered together a group of thirteen former housemates – Pete Timbs, Sara-Marie Fedele, Jemma Gawned, Peter Corbett, Jessica Hardy, Tim Brunero, David Graham, Trevor Butler, Bree Amer, Camilla Severi, Aleisha Cowcher, Reggie Bird and one of the ‘Logan’ twins – and narrator and part-time presenter Mike Goldman to talk about the show, the impact it had on their lives and some of the controversies that the show created, including the silent protest by evicted housemate Merlin Luck (pictured).

Missing from the segment was host Gretel Killeen, who fronted seven of the show’s eight seasons, and network rivalry may have prevented former housemates Blair McDonough (runner-up from series one who went on to star in Neighbours and is currently appearing in Seven’s Winners And Losers), Chrissie Swan (runner-up from series three who is now appearing in Ten’s The Circle and this week was announced as a Gold Logie nominee) and Ryan ‘Fitzy’ Fitzgerald (now featuring on Ten’s Before The Game) from receiving an invitation to appear.

Permanent link to this article: https://televisionau.com/2011/04/aca-casts-an-eye-over-big-brother.html