Today marks the 45th anniversary of the launch of Sydney’s third commercial station, TEN10. The new channel, operated by United Telecasters Sydney Limited (UTSL), was the second channel to launch in what was originally known as the Independent Television System (ITS) – a network comprised of ATV0 Melbourne, TEN10 Sydney and upcoming channels TVQ0 Brisbane …

END_OF_DOCUMENT_TOKEN_TO_BE_REPLACED 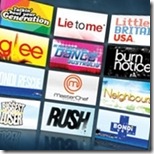 The Australian reports today that the Ten Network has given a broad outline of its plans to launch an additional digital channel in the second half of this year. Ten programming chief David Mott has told The Australian that the new channel will be focused on general entertainment but won’t rely on repeating content that …

END_OF_DOCUMENT_TOKEN_TO_BE_REPLACED

Permanent link to this article: https://televisionau.com/2010/04/ten-to-launch-new-entertainment-channel.html