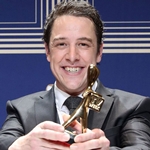 Actor Samuel Johnson last night won the Gold Logie for Best Personality On Australian Television at the 59th annual TV Week Logie Awards. Johnson, whose voice has adorned countless commercials for everything from burgers to mobile telephones to radio stations, won the accolade on the back of his portrayal of Ian ‘Molly’ Meldrum in the …

END_OF_DOCUMENT_TOKEN_TO_BE_REPLACED

Permanent link to this article: https://televisionau.com/2017/04/the-59th-tv-week-logie-awards.html

Just weeks after hosting her final Kerri-Anne show on the Nine Network, Kerri-Anne Kennerley has now departed the network despite previous reports she was staying on board for “future projects”. It ends a nine-year association with Nine as host of Kerri-Anne (previously Mornings With Kerri-Anne) although her history with the network goes back way further …

END_OF_DOCUMENT_TOKEN_TO_BE_REPLACED

Permanent link to this article: https://televisionau.com/2012/01/kerri-anne-dances-across-to-seven.html 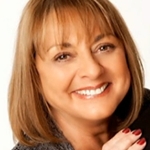 It was a morning of farewells as two of TV’s golden girls signed off from their respective shows today. Over at Ten’s The Circle, Denise Drysdale (pictured) announced her retirement – marking the end of a showbusiness career that has spanned more than fifty years. Starting as a performer in early children’s shows including The …

END_OF_DOCUMENT_TOKEN_TO_BE_REPLACED

Permanent link to this article: https://televisionau.com/2011/11/tvs-golden-girls-signing-off.html 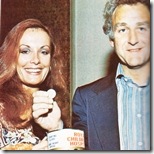 Good Friday in Victoria means another Royal Children’s Hospital Good Friday Appeal, raising funds for what is one of the world’s leading children’s hospitals – caring for over 280,000 children each year from around Australia and overseas. This year marks the 80th year for the appeal which was started as a sporting carnival, organised by …

END_OF_DOCUMENT_TOKEN_TO_BE_REPLACED

Permanent link to this article: https://televisionau.com/2010/04/good-friday-appeal-on-again.html