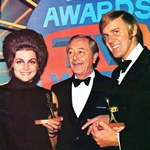 The 62nd annual TV Week Logie Awards were meant to happen this Sunday 28 June. While the awards will not be taking place this year, we continue the annual rundown of past Logies presentations to coincide with what would have been Logies weekend. Starting with the 1970 awards — 50 years ago.  Sound Of Music …

END_OF_DOCUMENT_TOKEN_TO_BE_REPLACED

Permanent link to this article: https://televisionau.com/2020/06/tv-week-logie-awards-50-years-ago-10.html 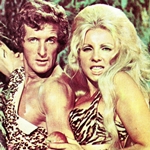