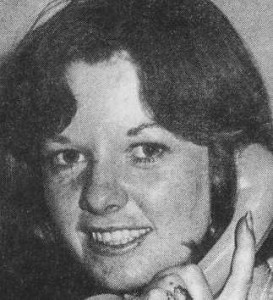 This young TV reporter is Carmel Travers, who in 1976 had joined the NWS9 Adelaide news team after three years at the local ABC newsroom. Ms Travers would later return to ABC on current affairs programs This Day Tonight and Nationwide and the science and technology series Towards 2000, which later became Beyond 2000 for the Seven Network. She later served a term as General Manager of News and Current Affairs for Network Ten in the mid 1990s. Picture: TV Guide, 18 December 1976

Permanent link to this article: https://televisionau.com/flashbacks/carmeltravers