TV Week has announced that due to the ongoing coronavirus outbreak, this year’s TV Week Logie Awards ceremony on the Gold Coast has been cancelled.

The event was due to take place on 28 June at The Star Gold Coast. 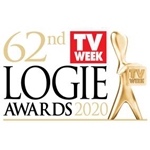 In a statement published on its website today, Fiona Connolly from publisher Bauer Media said: “Given the global COVID-19 pandemic the 2020 TV Week Logie Awards will not proceed as planned on the Gold Coast on Sunday, June 28, nor any of the ancillary public events.

“But we will continue with our nominations announcement and online voting campaign and are working with our partners on a TV broadcast alternative and will advise of those details when we have them.”

The last time a Logies ceremony was cancelled was in 1963, when overseas guest Tony Hancock became ill just days before the event. With the list of winners already going to print in the next issue of TV Week, it was instead decided to hold smaller presentations in each city later in the year. Very few industries have not been impacted by the coronavirus pandemic. In television terms there have been numerous programs halt production, others have adopted alternative production models, while travel bans have also caused widespread disruption to the industry.

Permanent link to this article: https://televisionau.com/2020/03/pandemic-takes-out-tv-week-logie-awards-ceremony.html