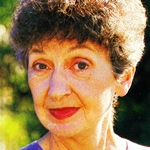 Actress Vivean Gray, best known to viewers as Mrs Jessup in The Sullivans and Mrs Mangel in Neighbours, has died at the age of 92. The English-born actress came to Australia in the 1950s, just as TV was beginning in this country. Like many actors at the time, Gray appeared in guest roles in early …

END_OF_DOCUMENT_TOKEN_TO_BE_REPLACED

Permanent link to this article: https://televisionau.com/2016/07/obituary-vivean-gray.html