Ramsay Street revamp!
Neighbours returns to screens this week for its 11th year, and it does so with a fresh look, including new opening titles, in a bid to boost its image. “The great thing about Neighbours is that it’s constantly responding to change,” cast member Richard Grieve (pictured) told TV Week. “Just as Neighbours introduces new characters from time to time, it must change its look when necessary.” Co-star Emma Harrison (pictured) adds, “The new credits are fun and colourful and happy. They give the show a fresh look.” 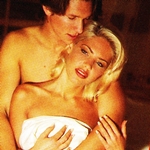 Melissa turns up the heat
Viewers will be seeing a somewhat more revealing Melissa Tkautz when she makes her return to TV in the new Nine Network drama Pacific Drive. Bedroom scenes between Tkautz’s character Bethany and her on-screen boyfriend Rick, played by Andre Eikmeier (pictured with Tkautz), are set to leave little to the imagination. “With Bethany and Rick, their whole relationship is based on sex,” Tkautz told TV Week. “The only time they talk is when they’re in the bedroom!” 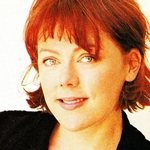 Lisa lays down the law
Law Of The Land star Lisa Hensley (pictured) is taking an overseas trek, including India and Vietnam, after a hectic year which has included films Dating The Enemy and My Entire Life. “After an amazing work year, I decided I had to get away and go somewhere that wasn’t ‘western’,” she told TV Week. “It will be the biggest adventure or nightmare of my life.” Hensley is also pleased that the Nine Network has shifted Law Of The Land to the earlier 7.30pm timeslot (from 9.30pm). “I think it’s one of the few decent programs on air at the moment. I really believe that some of our great work appears in this series. There is a great episode where my character (Kate) finds out what happened to her mother. It’s been a bit of a mystery and when Kate learns the truth she becomes highly emotional.”

“It was the cliffhanger of the century. In 1995, it spawned a Simpsons send-up. It was, of course, the question on every soapie fan’s mind in 1980: Who Shot JR? It was the major storyline in Dallas, the super soap of the Eighties. Just as Number 96 changed the face of Australian soaps nearly a decade before, Dallas revolutionised the worldwide soap scene. Since Peyton Place in the mid-Sixties, the American soap world had been dominated by daytime series, such as Days Of Our Lives, Search For Tomorrow and General Hospital. But Dallas, which started (in the US) on 2 April 1978, became a prime-time blockbuster, running for 13 years and leading to a spin-off series (Knots Landing) and a host of imitators (Dynasty, Falcon Crest and Flamingo Road).”

Tuesday: In Home And Away (7pm, Seven), Selina (Tempany Deckert) escapes from the commune. 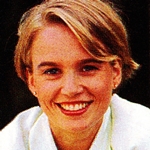 Thursday: The Third Test: Australia versus Sri Lanka (11.20am, Nine) begins from the Adelaide Oval.  In the series return of Wild Life With Olivia Newton-John (7.30pm, Nine), Michael Beatty travels to Churchill, Canada, to look at the beluga whales which throng the river mouth every year; and Rachel Friend (pictured) joins a group as they capture and collar 20 female elk from a herd. Nell Schofield presents The Australian Collection (8.30pm, ABC), a series of short films.