Tag: This Time Next Year 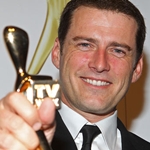 The Nine Network has unceremoniously dumped Today co-host and former TV Week Gold Logie winner Karl Stefanovic from the long-running breakfast show, announced in a media release on Wednesday: “Nine and Karl Stefanovic have agreed it is time for him to step off the Today Show. Karl remains on contract with the network and will …

END_OF_DOCUMENT_TOKEN_TO_BE_REPLACED

Permanent link to this article: https://televisionau.com/2018/12/karl-stefanovic-gone-from-today.html

The Nine Network has revealed its plans for 2016, including a raft of new shows and returning titles — but there are some announcements that are set to shake things up. Firstly, Nine’s primary channel is returning to High Definition broadcast. From 26 November, Nine will resume the HD simulcast of its primary channel for the …

END_OF_DOCUMENT_TOKEN_TO_BE_REPLACED

Permanent link to this article: https://televisionau.com/2015/10/nine-launches-9hd-and-9life.html