Midday show to be a late bloomer
Midday co-host Tracy Grimshaw has conceded that the revived daytime show’s pre-publicity did nothing to endear it to a mature audience. “In the lead-up to the launch of the show we allowed a concept that wasn’t right to get out,” she told TV Week. “Those 55-plus viewers were told we didn’t want them anymore. I kept seeing newspapers and magazines and reading we were going for a much younger audience, and it just wasn’t true. What we’d said was we wanted to broaden the audience, and the only way to broaden was to go younger, but we didn’t mean we wanted to lose those people who are 55 and over.” While overcoming the backlash from the older viewers, Grimshaw also believes that the natural rapport she shares with co-host David Reyne will also bring viewers in. “The ratings are getting better and I think we’ll go from strength to strength,” she said. 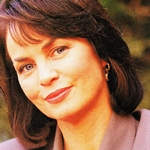 ‘We’re all shell shocked!’
Helen Wellings (pictured) says the ABC‘s recent decision to axe the long-running consumer affairs program The Investigators has devastated the small team. “We’re all shell shocked,” she told TV Week. “People are just standing around wondering what they are going to do with their lives. Our ratings for six or seven years were the ABC’s highest. We have lost a bit of ground but we were still rating extraordinarily well.” Around 25 people will be left unemployed from The Investigators‘ axing, but Wellings is also concerned about the consumers who turn to the show for assistance. “We receive four or five hundred letters a week from people who say, ‘We have been everywhere, we can’t get help, so we’ve come to you’.” As well as The Investigators, ABC has put the axe to The Bottom Line and to the state-based editions of The 7.30 Report. From December Kerry O’Brien will host a national edition of The 7.30 Report.

Politician’s top cop!
The federal leader of the National Party, Tim Fischer has responded to TV Week‘s call to list his Top 10 programs of all time as part of the magazine’s national reader survey. His top ten has a definite British flavour, with I Claudius (#9), Yes Prime Minister (#6), Yes Minister (#5), Pie In The Sky (#4), The Onedin Line (#2) and Heartbeat (#1). The remaining titles to fill the top ten are Meet Your Member (#10), Sunday (#8), Countdown (#7) and ABC News (#3). Also responding to TV Week’s poll is actress Rebecca Gibney, who names her top 10 shows as (ranked from 10 to 1): Melrose Place, Charlie’s Angels, Edge Of Darkness, All In The Family, Hill Street Blues, Seinfeld, Fawlty Towers, Absolutely Fabulous, Wolves Of The Sea and Lost In Space.

Program Highlights (Melbourne, October 14-20):
Saturday: Beyond 2000 (5.30pm, Ten) looks at a miracle mushroom that could help fight cancer; and a plane that can fly to the ends of the Earth.

Sunday:  Australia takes on Fiji in the Rugby League Centenary World Cup (1.30pm, Nine). The final game in the Grand Final series of the NBL Mitsubishi Challenge (2pm, Ten) features the Perth Wildcats versus the North Melbourne Giants. Sunday night movies are The Crying Game (repeat, Seven) and Patriot Games (repeat, Nine) up against the debut of two-part mini-series Murder In The Heartland (Ten).

Monday: In the series final of Frontline (8pm, ABC), when the network owner wants to be interviewed on Frontline, Mike (Rob Sitch) is thrown into an ethical spin.

Tuesday: In GP (8.30pm, ABC), one of William’s (Michael Craig) former patients returns to the surgery for treatment after being in prison for rape, but William finds it hard to sympathise. In Blue Heelers (8.30pm, Seven), a series of burglaries which have plagued Mount Thomas are eventually linked to the establishment of a commune nearby; and when Tom’s (John Wood) daughter is caught stealing from the pub, her membership with the group becomes known. 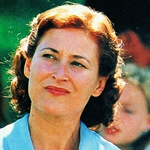 Thursday: In Neighbours (6.30pm, Ten), the Ramsay Street men plan a trip to the bush for some male bonding. The one-hour special Behind The Frontline (8.30pm, ABC) takes a look behind-the-scenes into the production of current affairs satire Frontline.

Friday: In Home And Away (7pm, Seven), Sally (Kate Ritchie) and Jack (Daniel Amalm) are caught kissing. This week’s celebrity gardener in Burke’s Backyard (7.30pm, Nine) is Australian of the Year, Arthur Boyd.