Kimberley to move in to Hollywood!
Rumours indicate that Neighbours star Kimberley Davies is set to leave the show and move to Hollywood to pursue further opportunities and to escape Australia’s tall poppy syndrome. When asked by TV Week about her plans, her response was: “Um… I don’t know yet. I still haven’t decided. My dream is to do movies. I’d like to work in America.” But one network source says it’s a done deal. “Kimberley is going to leave the show, but it’s all hush-hush at the moment,” they told TV Week. Davies is also angry at some of the local press coverage surrounding her, often lumping her into the bimbo tag. “It is frustrating, but Australia’s like that,” she told TV Week. “Australia would rather put you down than lift you up, and that’s really unfortunate.” Neighbours‘ producers are already planning to boost the profile of co-star Emma Harrison, who plays Davies’ on-screen sister, should Davies step down from the show. Harrison, who joined the series on a four-week contract, has now had her contract extended to six months.

Sleeping with the enemy
Blue Heelers cop Wayne’s (Grant Bowler) career could be at risk after an ill-fated affair with a criminal’s wife. In episodes to screen over the next two weeks, Wayne has an affair with a married woman, Kate Kenny (Rebecca Rigg), whose husband, Joe (Anthony Lawrence), is a criminal. After Joe commits a robbery and the Director of Public Prosecutions denies Kate protection, things turn sour and she accuses Wayne of sexual harassment. “Wayne is really fun to play now,” Bowler told TV Week. “He started out in the series as the stable, nice, married one. But since he split up with his wife, he’s been changing constantly. Doing a long-running series can get you stuck in a rut, but that’s not happening with Blue Heelers.”

Round The Twist goes round the world
The Australian Children’s Television Foundation has scored a breakthrough into the Asian market with the sale of its award-winning series Round The Twist to Japanese network NHK. The network only buys five per cent of its programs from outside Japan. “Many people advised us that we would never sell to Japan’s national broadcaster, particularly with Round The Twist‘s decidedly Australian humour,” ACTF director Dr Patricia Edgar told TV Week. “But now we have proved them wrong, and are fast making inroads into South-East Asia and other previously uncharted areas such as the Balkans, North America and Eastern Europe.” 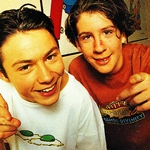 “The Nine Network has “broken the rules” with its new show, Don’t Forget Your Toothbrush, and it appears to have backfired on them. Nine bought the rights to a format which had achieved a good deal of success in Britain over two years since 1992… but, having been shown on the comparatively “minority” Channel 4, Don’t Forget Your Toothbrush was never the unprecedented hit that some of the local hype would have you believe. Nine (also) programmed Don’t Forget Your Toothbrush at 8.30 on Tuesday nights, head-to-head with Australia’s most popular drama serial, Blue Heelers, and the soapy American flash-trash of Melrose Place (Ten). Without reflecting in any way on the shows it is up against, I believe that type of daring is to be applauded, and it is a shame the rewards haven’t been greater. It’s not that the figures for Don’t Forget Your Toothbrush have been disastrous, but I doubt that Nine will settle for even second place with a show that obviously is so expensive. In those terms, it is in a spot of bother.”

Sunday: Sunday night movies are Lethal Weapon 3 (repeat, Nine) and Sleeping With The Enemy (repeat, Ten), up against the debut of two-part mini-series A Woman Of Independent Means (Seven), starring Sally Field and Australia’s Jack Thompson.

Monday: Kerri-Anne Kennerley returns to TV with a new chat show, Monday To Friday (3.30pm, Ten). In Home And Away (7pm, Seven), Shane (Dieter Brummer) learnt that Angel (Melissa George) is considering an abortion. In Frontline (8pm, ABC), when a tragically scarred woman agrees to sell her story, she asks too high a price. The 47th Annual Emmy Awards (8.30pm, Ten) are on delayed telecast from the US, hosted by Jason Alexander and Cybill Shepherd. Drama series ER tops the list with 20 nominations, followed by NYPD Blue (12) and Frasier (10).

Tuesday: In Home And Away (7pm, Seven), Angel (Melissa George) makes her decision about the baby. In GP (8.30pm, ABC), widower Nick (John Orcsik) is blind to the pressure he has put on his 15-year-old son to look after his older brother who has cerebral palsy. In Blue Heelers (8.30pm, Seven), the Heelers have trouble on their hands when Joe Kenny (Anthony Lawrence), patriarch of the local family of troublemakers, is released from jail early.