Selina dies laughing!
The storyline was played out in all seriousness, but Home And Away‘s Tempany Deckert (pictured) could not resist but laugh while her character, Selina, was fighting for her life. In an episode to go to air this week, Curtis (Shane Ammann) takes Selina to the beach. Selina has a sip from a soft drink can which has a bee inside. She gets stung, goes into shock and stops breathing. “What was supposed to happen was that Curtis was to give me CPR, but that was the same week that Shane was rumoured to have glandular fever after having chickenpox, so they had to get Shannon (Isla Fisher) to do CPR instead,” Deckert told TV Week. “We’re good friends and we often play practical jokes, so I was a bit worried she might do something awful while we were filming. During a couple of takes we started laughing and couldn’t stop. But it went well, I think.” 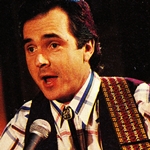 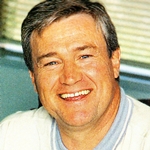 Mike reverts to type
A Current Affair reporter Mike Munro (pictured) isn’t in any hurry to jump into using technology — instead preferring the traditional typewriter, the preferred method since he started as a cadet journalist over 20 years ago. “Channel Nine offered everyone computers,” he told TV Week. “I turned it down, though I guess the kids will probably drag me into the 21st century, or the late-20th century, one day.” As well as working on A Current Affair, Munro starts his latest TV venture, a Nineties version of This Is Your Life, this week.

All part of the service
This week’s episode of consumer affairs program The Investigators asks whether we should be proud of the level of customer service offered in Australia. “We have cause to be very embarrassed about service in Australia, but in other ways we can be proud,” host Helen Wellings told TV Week. “We’re fast and efficient, but we’re fair-weather people when it comes to problems. We’re not good at putting that extra finesse in service that a lot of people expect.” The special episode looks at various industry sectors, including the building industry, tourism, banks, restaurants, taxis and retail.

“I’ve not seen the MTV Unplugged: Nirvana film, but I do know certain people, of more tender years than my good self, who already have the TV warming up for September 28, and the stereo tuned to Triple J, which will simulcast the audio.”

Program Highlights (Melbourne, September 23-29):
Saturday: Beyond 2000 (6.30pm, Ten) looks at a project to save the rare pink dolphin from the onslaught of development at Hong Kong’s new airport; and preserving outback animals and plants by mapping the spectacular expanses of the McDonnell Ranges. 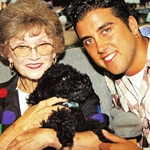 Monday: Wheel Of Fortune (5.30pm, Seven) begins its special Sports Star Week. In the lead up to the AFL Grand Final, the Brownlow Medal Count (8.30pm, Seven) is live from the Raddison Hotel, Melbourne, hosted by Bruce McAvaney.

Tuesday: In Neighbours (6.30pm, Ten), Joanna (Emma Harrison) and Mark (Bruce Samazan) are getting along too well for Annalise’s (Kimberley Davies) liking. In GP (8.30pm, ABC), a woman is trapped by the day-to-day care and responsibility of her father. 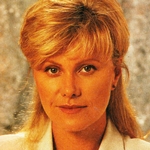 Wednesday: In the series final of Correlli (8.30pm, ABC), Louisa (Deborra-Lee Furness, pictured) takes her relationship with inmate Kevin Jones (Hugh Jackman) to a critical point, as she battles to maintain her sense of professionalism as emotions draw her into a dangerous struggle. The About Us special Women In Power (8.30pm, SBS) features eight woman, prominent in Australian political life, reflecting on their experiences of being women in power and on what the future role of women in government may be.

Thursday: In Home And Away (7pm, Seven), Shannon (Isla Fisher) stays away from Mandy (Rachael Blake) hoping it will suppress her feelings towards her. The MTV special Nirvana Unplugged (8.30pm, ABC) features the band’s last performance together, recorded five months before lead singer Kurt Cobain took his own life. Mike Munro hosts the revival of the classic tribute show This Is Your Life (8.30pm, Nine). The Footy Show (9.30pm, Nine) wraps up the year with a two-hour special edition.

Friday: In Home And Away (7pm, Seven), Selina (Tempany Deckert) talks about what she saw when she was unconscious. The eve of the AFL Grand Final includes a two-hour special edition of Four Quarters (7.30pm, Seven), followed by That Was The Season That Was (9.30pm, Seven), covering the highlights of the AFL season. Then, the traditional Football Marathon (11.30pm, Seven) continues throughout the night, presenting highlights of AFL matches from years gone by.