END_OF_DOCUMENT_TOKEN_TO_BE_REPLACED

This Sunday, 5 April, marks the 50th anniversary of the launch of TEN10, Sydney. Today and over the weekend, we will take a look back at the channel’s formative decades — how the station began and how it fared as the new kid on the TV block. The shows that worked… and the ones that …

END_OF_DOCUMENT_TOKEN_TO_BE_REPLACED

Permanent link to this article: https://televisionau.com/2015/04/ten-sydney-turns-50.html 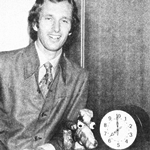 Every year, media outlets around the world see how much they can do outdo each other for the most preposterous April Fool’s Day gag. It was 40 years ago that ABC‘s This Day Tonight program unveiled a corker which attracted national attention at the time and more recently has gone global! Nigel Starck, in 1975 a reporter for …

END_OF_DOCUMENT_TOKEN_TO_BE_REPLACED

Permanent link to this article: https://televisionau.com/2015/04/what-is-40-years-in-metric-time.html