Brown set for Blue Murder with Sweet
Gary Sweet will be back on the Seven Network for more Cody telemovies but has also signed on for a role on ABC‘s upcoming two-part mini-series, Blue Murder. Sweet will play Sydney criminal Christopher Dale Flannery. “The fact that it’s topical and a look at the low-life of the Eighties, makes it more interesting,” he told TV Week. “It’s also exciting to be reunited with director Michael Jenkins, who I’ve worked with before.” Negotiations are continuing for Bryan Brown to sign on for the project. Blue Murder also stars Tony Martin (E Street, Heartbreak High) and Steve Bastoni (Police Rescue).

The new avengers
ABC‘s consumer affairs program The Investigators has been revamped as it returns for the new year. Joining Helen Wellings and Inga Johansen will be new reporters Sean Murphy, Katrina Byers, Ros Thomas and ABC radio broadcaster Jon Faine. The show will feature new segments, including We Fixed It, Consumer Watch, Law Watch, Product Watch and Money Watch. Wellings has told TV Week that the need for a show like The Investigators has not waned. “We are basically a consumer affairs bureau. We are still getting our 500 complaints every week. That shows that people really need help. They need that guidance and support that we offer, because they don’t have anywhere else to go.” 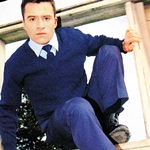 Adam’s AIDS scare
Damian Walshe-Howling (pictured) is set for his first major Blue Heelers storyline since joining the series. His character, Adam Cooper, has to deal with the possibility that he may be HIV positive. In a story spanning three episodes, Cooper is bitten by a man he is trying to arrest. He thinks little of the incident at first but later finds out that the man is HIV positive. He is faced with a three month wait to find out if he has the virus.

“(Rebecca) Gibney is outstanding in Halifax fp, which is certain to be one of the most compelling pieces of Australian television this year. While Gibney has proven dramatic and comedic abilities in projects such as Come In Spinner, The Flying Doctors and All Together Now, the Halifax fp telemovies are a perfect showcase for her talents.”

Sunday: The Ansett Australia Cup (1pm, Seven) features Melbourne versus Brisbane at Waverley Park. Bill Woods hosts live coverage of the women’s and men’s triathlon from St Kilda, Melbourne (3pm, Ten). Sunday night movies are Consenting Adults (Seven), Made In America (Nine) and A League Of Their Own (repeat, Ten).

Monday: In Home And Away (7pm, Seven), Shane (Dieter Brummer) finally forgives Alf (Ray Meagher). Healthy Wealthy And Wise (7.30pm, Ten) features a trip around Sydney Harbour in an old wooden ferry; a review of the Volkswagen Ecomatic, a car which reduces pollution; and Iain Hewitson makes a pork dish with a banana chutney. 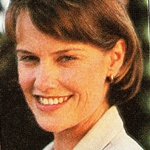 Wednesday: In Home And Away (7pm, Seven), Angel’s (Melissa George) attempt to walk leaves her lying helpless and frightened. Margaret Pomeranz and David Stratton return for a new series of The Movie Show (7.30pm, SBS). The Ansett Australia Cup (8.30pm, Seven) features Collingwood versus Footscray, live from Waverley Park. In The Feeding, the latest Halifax fp telemovie (8.30pm, Nine), Jane (Rebecca Gibney) puts her life on the line to stop a serial killer’s reign of terror.

Thursday: In Home And Away (7pm, Seven), Angel (Melissa George) begins to sink into despair, and Mary (Carole Skinner) cleverly edges her way into the Stewart house. In Janus (8.30pm, ABC), with the Hennesseys out of money, Michael Kidd (Chris Haywood) is forced to look after other cases to maintain his expensive lifestyle.

Friday: In Home And Away (7pm, Seven), Nicole drops a bombshell on Jack (Daniel Amalm). The 37th Annual Grammy Awards (8.30pm, Seven) are presented in a delayed telecast from the Shrine Auditorium, Los Angeles.