Kimberley swaps sides
Hey Hey It’s Saturday‘s plans to secure Kimberley Joseph for an on-air role (reported two weeks ago) have come undone. The former Paradise Beach star had already taped a segment ahead of Hey Hey‘s scheduled return for 1995, but two days before the show was to return to screen her management advised that she had now signed with rival Seven Network for its new show Gladiators. Joseph’s management said that no contract had been signed with Somers Carroll, the production company behind HHIS, and that Seven and Gladiators had made a firm offer. Gladiators, described as It’s A Knockout with testosterone, is to be produced in Brisbane and is likely to be slotted on Saturday nights up against Hey Hey It’s Saturday.

Curry adds spice to Neighbours
Bernard Curry, last seen on TV in Nine‘s Snowy, is the latest cast addition to Neighbours. He joins the series as Luke Handley, the younger brother of Jen (Alyce Platt). “I am rapt that I got the part, because I knew that there was a lot of real competition,” he told TV Week. “A lot of people might say that something like this might be bad for a serious actor’s career, but I don’t think that’s true by any means. It’s a personal thing — some people might say it’s bad for them, but it’s not for me.” 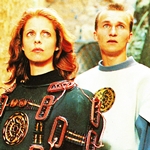 Heather spells trouble!
Playing the part of a villainous power-monger in the children’s series Spellbinder has been a delight for actress Heather Mitchell (pictured), who is normally used to playing “nice” roles in shows like A Country Practice and GP. “It’s wonderful to play an obsessive, jealous creature driven by envy and be able to be really rude to kids and hand out punishment all the time,” she laughed. “It certainly brings out a very interesting side to me.” Spellbinder, which is to screen on Nine later in the year, included three months of filming in Poland. Co-stars in the series include former GP star Brian Rooney and Polish actor Rafal Zwierz (pictured, far right).

“I thought I’d heard just about all there was to hear about the trial of the year-decade-century. O J Simpson… for goodness sake, I even knew what the O J stood for. The coverage had reached such a pitch that we were even seeing the media doing stories on itself. Enough, I thought… and then I went to New York. The term “overkill”… suddenly took on a whole new meaning. And then I went to Los Angeles. Overkill does not even rate a mention in the dictionary there, not where the trial of O J Simpson is concerned, anyway. On a recent Saturday afternoon, I flicked on the TV in my hotel room in LA, and was confronted with not one, but three, animal behaviour experts. No, this was not a Talk To The Animals type of show or a discussion of how to stuff Fluffy using the doormat to sharpen her claws, but a full-on debate about the O J Simpson trial. The animal behaviour experts agreed on one thing — the demeanour of the late Nicole Brown Simpson‘s dog could have a heavy impact on the trial outcome. CNN officials are reported as saying their daytime ratings are eight times higher than average. Another, the E! Entertainment cable network, say its daytime audience has tripled. KTTV‘s Simpson: Day In Court, a regular noon wrap-up of proceedings, and KNBC‘s O J Simpson: The Trial, at 7.30pm, also are big winners.”

Monday: In Neighbours (6.30pm, Ten), Ren (Raelee Hill) and Marlene (Moya O’Sullivan) have a falling out. In Home And Away (7pm, Seven), Angel (Melissa George) is determined to fight for her son. 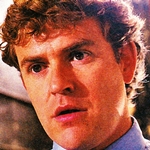 Wednesday: In Neighbours (6.30pm, Ten), Susan (Jackie Woodburne) is torn between being a teacher and a mother.