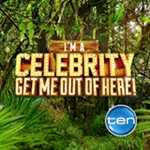 I’m A Celebrity Get Me Out Of Here has been Ten‘s super-hyped new reality show of 2015.

The premise is a mash up of other reality shows that we’re all familiar with. It’s basically Celebrity Big Brother meets Survivor. Like the UK original, I’m A Celebrity features a list of B or C-list celebrities with a random international name thrown in.

In this case the initial cast of contestants were made up of Merv Hughes, Chrissie Swan, Joel Creasey, Andrew Daddo, Barry Hall, Leisel Jones, Laura Dundovic, Tyson Mayr and Lauren Brent — with Maureen McCormick (Marcia from the classic US sitcom The Brady Bunch) being probably about as random as one could get for an international name.

Jones was voted out last weekend but the remaining contestants have since been joined by The Bachelor‘s Tim Robards and Anna Heinrich and two new celebrity ‘intruders’ are set to move in over the weekend. 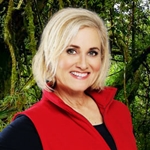 The players have mostly been good talent and good sports, braving all sorts of wild tasks in the quest to boost their meagre food rations. McCormick (pictured) appeared at first to be the one most likely to scream the words ‘I’m A Celebrity… Get Me Out Of Here’ and make her exit — with early signs of not coping with the jungle environment surrounded by a whole lot of Australians she’d never heard of. But despite the apparent culture shock, and after forming an unlikely bond with cricket star Hughes, she has emerged as a gutsy contestant who’s not been afraid to dunk her head in a vat of elephant dung to score food rations for the team. 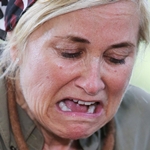 Having proved her mettle with two gruesome tasks, at the behest of the viewing public, she has avoided being tormented with any more. So far.

But while the show hasn’t quite hit the ratings that Ten would have hoped for, it has uncovered one big discovery — the hosting double of Julia Morris and Dr Chris Brown. An unlikely pairing but right from the get go they have shown a great chemistry in the all-too-brief hosted segments of I’m A Celebrity. 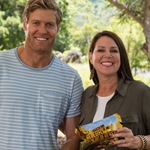 If the TV Week Logie Awards are yet to settle on a host for this year’s presentation then Julia Morris and Dr Chris Brown are the team that they need on stage. Morris is still tied to Logies broadcaster the Nine Network through drama series House Husbands, and while Brown is a Network Ten identity (Bondi Vet and The Living Room) it would not be too unusual to have someone from a rival network co-hosting TV’s night of nights. It’s been done before.

Permanent link to this article: https://televisionau.com/2015/02/im-a-celebrity-hosts-are-logies-dream-team.html