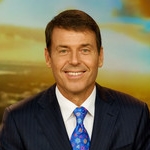 When you think of TV’s most successful partnerships, it’s easy to get drawn towards the traditional name: Graham Kennedy and Bert Newton, Don Lane and Bert Newton, Daryl Somers and Ossie Ostrich, Ernie Sigley and Denise Drysdale and more recent names like David Koch and Melissa Doyle, Karl Stefanovic and Lisa Wilkinson and Margaret Pomeranz and David Stratton.

But there is one pair that has lasted longer than all of them. They may not be household names through much of Australia, but Perth’s Seven News presenters Rick Ardon and Susannah Carr have celebrated 30 years as a newsreading team over in Western Australia. 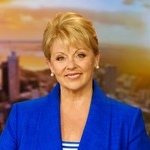 Ardon had been a reporter and news presenter at TVW7 since 1978. Carr had been working at the ABC, and was the national broadcaster’s first female newsreader in WA, when she moved across to Seven and teamed up with Ardon in 1985. Both have won Logies for their popularity in Western Australia, and Seven News has long been the dominant news service in Perth.

Their longevity together is in contrast to their rivals at Nine, which has had an ever-changing newsreading line-up as it plays second fiddle to Seven in the local ratings. Offers for the pair to move up the road to Nine have been refused.

Both have been involved in news coverage for the wider Seven Network. Carr was in London to cover the funeral of Princess Diana in 1997 and more recently was a news anchor for Seven’s coverage of the Lindt Cafe siege when Seven’s Sydney studios were forced offline. Ardon has recently covered the search for missing Malaysian Airlines flight MH370.

As Australia’s longest serving newsreading team it was thought their longstanding on-air partnership was also a world record. That was until they discovered that Americans Chuck Scarborough and Sue Simmons had clocked up 32 years together at NBC, ending in 2012, so their eyes are on at least breaking that milestone.

Meanwhile, “Rick and Sue”, as they are known to viewers across Western Australia, have made a rare appearance on national television with an interview on Seven’s Sunrise:

Permanent link to this article: https://televisionau.com/2015/02/30-years-for-perths-rick-and-sue.html