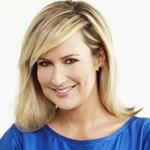 Sunrise co-host Melissa Doyle surprised viewers this morning with the announcement that she is stepping down from the program.

She will be taking on a new role at Seven as part of a yet-to-be-announced prime time news venture.

In a statement issued today, Doyle is enthusiastic about the next phase in her career:

“I’ve cherished every moment and every experience on Sunrise.  It’s with that experience and support from the team that I am able to take this next step. I’m honoured that the Network has given me this incredible new opportunity and I am unbelievably excited about the new challenges ahead.”

Previously based in Canberra, working for local networks Prime and WIN and later as Seven’s Canberra correspondent, Doyle moved to Sydney in 1997 for Seven’s early morning Sunrise news bulletin.

The program was relaunched in 2002, with Doyle co-hosting with Chris Reason and later David Koch, and went on to knock rival Today from its ratings perch.  Sunrise still dominates the timeslot nationally. Doyle has hosted for Eleven AM, Today Tonight, The Zoo, Australia Unites: Reach Out To Asia, TV Turns 50 and Where Are They Now?. For Seven she has also covered elections, the rescue of the Beaconsfield miners and the wedding of Prince William and Kate Middleton.

Her departure from Sunrise comes only a few months after longtime weather presenter Grant Denyer departed the show.

She is about to take two weeks’ leave before heading to London to cover the royal birth.  She will then return to the Sunrise set until the launch of the new prime time program.

Permanent link to this article: https://televisionau.com/2013/06/melissa-doyle-leaving-sunrise.html