Josephine’s Singapore surprise!
Josephine Byrnes, best known from period mini-series including Shadows Of The Heart and Brides Of Christ, is making a move into playing a present day character as the female lead in the Nine Network series of Singapore Sling telemovies. Byrnes will be playing the part of assassin Carla Singer. “I don’t think I’ve ever played the villain before and it’s great fun playing a self-composed autonomous woman,” she told TV Week, adding that she will also be working alongside her childhood hero, John Waters. “John Waters has been my hero since I was a little girl. Thursdays and John Waters were my favourite things when I was little, because he was on Play School and Thursday was dress up day. He’s going to hate me saying that!” Singapore Sling will also star Simon Bossell, Gemma Wilkes and American actors Pat Morita and Michael Ironside. The production has a budget of $5.8 million and will be filmed over 12 weeks. 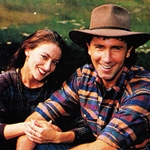 Georgie takes to the hills
Having been one of Australia’s busiest actors over the past 18 months, with roles on stage and television, Georgie Parker is ready for a break. “I need a break — a mental sigh,” she told TV Week from Brisbane where she is staying while shooting new action drama Fire. But viewers will see her back on TV this week with comedy-drama Over The Hill. The new series, from Hey Dad! creator Gary Reilly, features Parker and Nicholas Eadie (pictured) as a yuppie North Shore couple who head to the country for a new life as owners of a ramshackle pub — with dreams of turning it into a upmarket tourist trap. “I thought it was a really nice change to approach comedy from a uniquely Australian viewpoint as opposed to comedy with an American aftertaste,” she said.

A new stage in Julie’s life
Since farewelling the character of Betty Wilson with the demise of Hey Dad! earlier in the year, actress Julie McGregor has embarked on a new phase in her career — starring on stage in a Christmas pantomime. “Really, it is great to be doing something different after a long time doing the same character,” she told TV Week. “When you take on this life, you accept that in this business (acting) you never really know what’s coming next.” The pantomime, Pavlova: Queen Of The Desserts, was written by Tony Sheldon and Garry Scale and co-stars Scale and Three Men And A Baby Grand‘s Phil Scott. 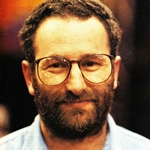 “It came as a surprise to me to discover that, in Australia, there are between 40 and 50 cases each year of children “divorcing” their parents. This whole concept was the subject of a blaze of publicity when when it first came before the courts some years ago, but since then it seems to have just disappeared… from public view, at least. But the fact that it is so prevalent does not surprise Tom, who left home when he was 12; or Luke, who is in the process of “divorcing” his entire family, because he’s “sick of their s****”. They are just two of the teenagers you’ll hear speak their minds on matters regarding young people and the law on a new ABC series called Wise Up. Hosted by lawyer and radio personality Jon Faine (pictured) — his first foray into regular television, to my knowledge — Wise Up starts on December 7. My biggest bitch about the show is that it will go to air at 10.30pm. No, I am not naive enough to believe that most teenagers have had their warm milk and are tucked in by then, but the timeslot is not one that will help Wise Up attract the audience it probably deserves, nevertheless.”

Monday: A Current Affair (6.30pm, Nine) presents a special one-hour edition, Starlight Foundation Challenge, hosted by Mike Munro. In the series debut of Over The Hill (7.30pm, Seven), when Don Spencer (Nicholas Eadie) is retrenched from his marketing job in the city, he and his wife Sandy (Georgie Parker) decide to buy a pub in the country.

Tuesday: The Benson And Hedges World Series Cricket (2.20-6pm, 7pm-10.30pm, Nine), Australia versus England, is live from the Sydney Cricket Ground. Author Anne Summers hosts a new interview series, Six Aussie Men In Conversation (10.35pm, ABC), discussing the impact the feminist movement has had on masculinity, fatherhood, sexuality and differences in the workplace. 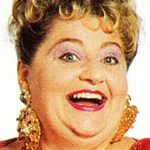