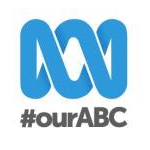 On the eve of the 2013 election, then opposition leader Tony Abbott succinctly promised “no cuts to the ABC or SBS”.

ABC staffers today learned that 400 jobs will go amid a restructure that will see television production wound down in the smaller capital cities.

The corporation is also embarking on a program of 40 efficiency measures to absorb some of the $200 million being cut from funding over the next four years, on top of the $120 million that was announced in May. This includes the sale of some properties, such as Lanceley Place in Sydney and some regional outposts, and possible amalgamation of some purchasing activities with SBS.

There will also be a change to foreign bureau arrangements, including setting up a Beirut post but restructuring or closing others.

“We anticipate that more than 400 people – close to 10 per cent of our ongoing workforce – face potential redundancy as we adjust our activities over coming months.”

“We regard the changes as vital to securing the long-term health of the organisation but I acknowledge that is no comfort to those who will lose their positions.”

Lateline is being shifted from ABC to ABC News 24, while sports coverage across ABC television is to be reviewed with a focus on national sporting events, and the fleet of outside broadcast vans is to be rationalised.

Two new divisions will be created to enhance regional and online coverage.

Mr Scott will be visiting ABC branches in each state and territory over the coming days to brief staff on any changes and to answer questions.

Today’s announcement from the ABC come as public rallies have been held around the country to protest cuts to the national broadcaster following Mr Abbott’s prior pledge to not make any cuts to ABC or SBS.

Permanent link to this article: https://televisionau.com/2014/11/abc-to-cut-400-staff.html