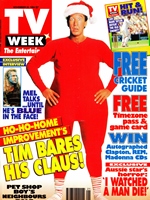 Paul raises interest in money
Paul Clitheroe‘s Money program has been a ratings hit for Nine — but nobody was expecting much when the program was first proposed. Images of fawn-suited accountants, whiteboards and endless figures had the network’s creative heads cringing. But Money went on to be a ratings hit, and host Clitheroe attributes much of its success to the colourful, creative anecdotes used to illustrate the various case studies discussed in the program. He also has to admit that a lot of that creativity is not his. “I don’t have a creative bone in my body,” he told TV Week. “I’m a banker, for heaven’s sake. I’m not meant to be creative. I thought when Nine first rang me up that I would be standing in a blue suit and using a whiteboard. That certainly hasn’t been the case. I would have to say that, nine times out of 10, a story on Money would come from my knowledge of the subject, but the anecdotes come from my producer and the rest of the team.” Critics of the show say that Money must have a short life, that there are only so many finance stories to go around. “We will never run out of topics,” Clitheroe insists. “The economy is constantly changing, and with that there are always new things happening.” 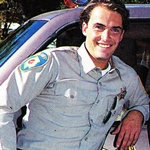 Alistair’s American acting bonanza
Former Home And Away star Alistair MacDougall (pictured) moved to Los Angeles more than a year ago but has suddenly had the dilemma of choosing between two TV roles offered to him on the same day — a role in the spin-off series from last year’s Bonanza telemovie and another in a new series, Search And Rescue. Production schedules of both projects meant he couldn’t agree to both, but he had only been on a holding contract for Bonanza. With both Bonanza and Search And Rescue coming under the NBC network, MacDougall was able to be released from the Bonanza contract for the Search And Rescue role. His only regret is that in Bonanza he would have been working with Leonard Nimoy. “I would have been working with Spock!,” he said.

“I don’t recall another Australian state premier ever being asked on television whether he is “a half-caste Melanesian bastard”. That happened to Don Dunstan. Nor do I recall an Australian state premier — former or currently in office — being asked on television whether he is homosexual. That happens to Don Dunstan in A Life. You’ll have to watch the program if you don’t remember Dunstan’s answer to the first question, which was asked some years ago, or are fascinated about his response to the second. It is put to him by George Negus during an engrossing hour of television. No matter what your political persuasions, it is impossible not to regard Dunstan as one of the most interesting politicians of the modern era.”

The non-ratings season means that a lot of titles are taken out of circulation for the summer, leaving viewers with delightfully few highlights during the week and plenty of re-runs. 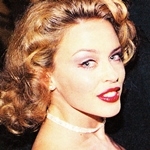 Saturday: The First Test (10.50am, Nine) continues from the Gabba, Brisbane, through until Tuesday. Kylie Minogue (pictured) makes a guest appearance in the last Hey Hey It’s Saturday (6.30pm, Nine) for the year. The Hollywood movie classic Gone With The Wind (8.30pm, Seven) runs for four-and-a-half hours.

Monday: US sitcoms Major Dad (6.30pm, Ten) and Step By Step (7pm, Seven) begin as summer replacements for Neighbours and Home And Away respectively. Arts program Review (10pm, ABC) presents its last show for the year.

Thursday: Sandy Roberts hosts live coverage of the Greg Norman Holden Classic (12pm, Seven) from Royal Melbourne; which continues through until Sunday. Getaway (7.30pm, Nine) and Beyond 2000 (7.30pm, Ten) present ‘best of’ stories from the year.