Seven scores Logies coup
The Seven Network has won the rights to the 1995 TV Week Logie Awards. “The Seven Network is delighted to be a part of TV Week‘s 37th Logies presentation,” Seven’s managing director Bob Campbell said. “The Logies are the industry’s longest-running awards and the full resources of the network will be thrown behind 1995’s event to ensure a fabulous night, coupled with a mighty ratings success.” It will be the third time that Seven has hosted the Logies presentation. The date and venue for the 37th annual TV Week Logie Awards will be announced at a later date.

A long way from home videos
As Australia’s Funniest Home Video Show nears the end of production for the year, host Jo Beth Taylor will be heading to Africa to take part in a TV special for aid organisation World Vision. Accompanied only by a small film crew, Taylor will spend two weeks traveling across Africa to look at some of the problems and hardships being faced in the region. “The documentary is really about all the different projects World Vision is involved in,” she told TV Week. “I don’t know when it will be screened, but this is something I really believe in.” 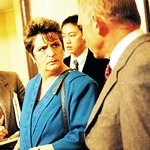 Why Pauline jumped at Janus
When Pauline Terry-Beitz heard ABC was casting for new courtroom series Janus, she couldn’t believe the coincidence. Janus was the name of the a theatre company she ran in Adelaide a decade ago, and she was now wanting to make a move into television. “I’ve been the artistic director for a couple of theatre companies in Adelaide,” she told TV Week. “One of them was called Janus and that was part of the reason I thought I should send off my resume.” Unknowingly, she had also been preparing for her role of criminal matriarch Shirl Hennessey (pictured) by spending four years as a teacher at a women’s prison. “There were a lot of interesting characters, some of whom I’ve been able to take elements of for Shirl because she’s not an easy character to research.” Janus marks Terry-Beitz’s television debut. “I’d wanted to work in television but, being based in South Australia, there isn’t a lot happening, and I hadn’t reached a point in my life where I felt it right to make a move into another state. When this came up, it was the right time… I’m very fortunate to come into TV in something as strong as Janus.”

‘God just made me a bit differently’
GP star and Logie-winner, teenager Tracie Sammut is taking on a new challenge — having been chosen in the NSW Special Olympics team to compete in the National Games in Perth. And she hopes to represent Australia in the International Disabled Olympics in Kentucky, USA, in 1995. “I really love acting, but my heart is set on becoming a gymnast,” she told TV Week.  Sammut, who has Down’s syndrome, has a positive outlook on life. “I’m Down’s syndrome. I don’t see myself as having a disability. God just made me a bit differently.” As well as her acting and gymnastic pursuits, she is also taking a deportment course and reading a book on strengthening relationships.

“We have managed to increase the number of pages in TV Week, add some new features and make some attractive offers without having to increase our cover price. In this day and age, I can tell you, that has not been easy. We believe we now have a really worthwhile package to offer for only $2, although the direction in which we’re steering your vessel has been questioned from a few quarters. As I have remarked here before, our aim at TV Week is to please all of the people all of the time. We realise it’s impossible, but we are committed to keep on trying nevertheless.”

Monday: In Neighbours (6.30pm, Ten), Malcolm (Benjie McNair) decides to face up to his actions and apologise to Lou (Tom Oliver) for the shooting accident, and Philip’s (Ian Rawlings) drinking gets him into trouble. In Home And Away (7pm, Seven), overcome with emotion, Shane (Dieter Brummer) finally comes to terms with his father’s death. Actor Bill Hunter guest stars in the comedy series Three Men And A Baby Grand (9.30pm, ABC).

Tuesday: In Blue Heelers (7.30pm, Seven), when a drug raid goes wrong, suspicion is rife among the Blue Heelers as to whose fault it was, while Adam (Damian Walshe-Howling) has a hard time believing that his friend Melissa (Alex Schepisi) is stealing from the bar till.

Wednesday: In Wedlocked (8pm, Seven), after the death of his best friend, Chris (Brandon Burke) questions the meaning of life. Five-part documentary series The Liberals — Fifty Years Of The Federal Party debuts (8.30pm, ABC). SBS documentary Dream House (8.30pm) looks at the experiences of two Chinese students studying in Australia. In telemovie The Feds: Obsession (8.30pm, Nine), when the wife of a family court judge is the victim of a crazed bomber, the Feds swing into action — however, the culprit is much closer than the team realises. 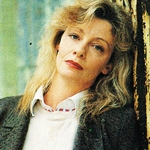 Friday: In Home And Away (7pm, Seven), despite Ros’ (Angela Punch-McGregor, pictured) reconciliation attempts with Shane (Dieter Brummer), he refuses to forgive his mother. In The Great Outdoors (7.30pm, Seven), guest reporter Ann-Maree Biggar goes on a sapphire hunt not far from the NSW town of Inverell, and Bridget Adams discovers that Cape Byron is a great place to whale watch.