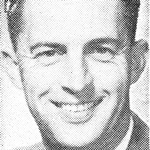 Russ Tyson, the first person to appear on ABC television in Brisbane, has died at the age of 94.

Tyson was a long-serving presenter for ABC radio in Brisbane, starting as a cadet announcer in the late 1930s. When World War II broke out he went on air in Borneo with the Australian Army’s radio station.

After the war ended he returned to ABC, hosting the breakfast program from 1948 to 1966 as well as the Hospital Hour.

On television he was the first to appear on ABQ2, the ABC’s Brisbane station, on the night it opened in November 1959, and hosted programs including Anything Goes and national series On Camera. He continued to work with ABC until he resigned in 1966, citing differences with management over changes to the breakfast radio program.

After leaving the ABC he went to commercial radio station 4KQ in Brisbane.

He retired from broadcasting in 1976.

Russ Tyson is survived by his wife Joy and their children and grandchildren. 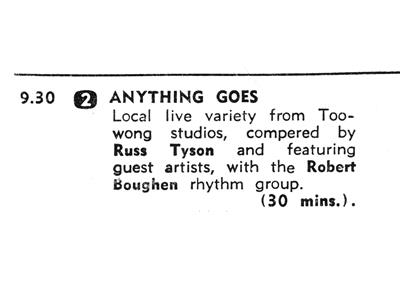