Ann’s tearful farewell
The pressures of life as a policeman’s wife leads to Blue Heelers character Roz Patterson (Ann Burbrook, pictured) making an exit from the series. The storyline has Roz at breaking point, having already been affected by husband Wayne’s (Grant Bowler) recent shooting incident, as Wayne goes to investigate a domestic incident and she hears gunshots. “She goes through this incredible nightmare of not knowing whether Wayne is alive or dead,” Burbrook told TV Week. “It’s a hard and tough episode. I bawled when I read the script and was crying all over the place when we were shooting.”

Hey, that’s a wrap!
After eight years and 291 episodes, the curtain has come down on Australia’s longest running sitcom, Hey Dad! The cast were given a standing ovation from the studio audience, some of whom had been to up to 90 tapings. Despite the tears from the cast there was plenty of laughter, plus the appearance in the studio of former cast members Sarah Monahan, Simone Buchanan and Christopher Truswell. The final episode sees the household held hostage by a gun-toting bank robber (Bill Conn) while police surround the house and helicopters buzz the skies overhead. “It went out on a high as far as I’m concerned,” co-creator and writer John Flanagan told TV Week. “Everybody still feels good about the show, everybody still likes it and it’s still funny.” 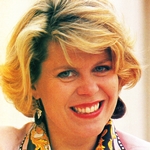 Let’s talk about sex
This week the Seven Network launches a new Saturday night series, Dr Feelgood, discussing sex, romance and relationships — but anyone looking for cheap voyeurism is set to be disappointed, according to Dr Feelgood (who as a practising doctor can’t use her real name). “I think everyone wants to talk about sex,” she told TV Week. “But I won’t have anything to do with it being sleazy or being slimy. We won’t be baulking any issues, but I’m not interested in shock value or sex just for ratings. I am a practising doctor and I have a standing in the medical community to uphold.” Dr Feelgood (pictured) has also hosted a national talkback radio program and been a regular guest on Bert Newton‘s Good Morning Australia.

“I was going to tell you all about what happens in the two-hour season finale of that worldwide phenomenon Beverly Hills 90210. I dutifully sat through the tape provided but, not being a weekly devotee of the series, I only found myself becoming more and more confused.”

Monday: In Home And Away (7pm, Seven), Fisher (Norman Coburn) is horrified to discover there is a cheat in the school.

Tuesday: In Blue Heelers (7.30pm, Seven), Roz’s (Ann Burbrook) life is changed when she is a telephone witness to a shooting being attended to by husband Wayne (Grant Bowler). In GP (8.30pm, ABC), William (Michael Craig) faces a moral dilemma when he confirms a patient’s pregnancy — Janie Morris (Cate Blanchett) is unmarried, but lives with her brother as if they were.

Thursday: Getaway (7.30pm, Nine) presents a USA special, as Lochie Daddo drives from the east to west coast in search of the ultimate road trip, and Jeff Watson has a users guide to New York, San Francisco and the Grand Canyon. In The Damnation Of Harvey McHugh (8.30pm, ABC), Harvey (Aaron Blabey) discovers the shocking truth behind the Minister’s (Philip Quast) interest in him.

Friday: In Home And Away (7pm, Seven), Jack’s (Daniel Amalm) musical talents land him a busking job at the Diner. In Rex Hunt’s The Great Outdoors (7.30pm, Seven), Bridget Adams visits the picturesque town of Windsor, Penny Cook joins 700 bike riders on the Great Ocean Bike Race along the Victorian coast, and guest reporter Monica Trapaga goes to a city kindergarten which is visited by a mobile animal farm.