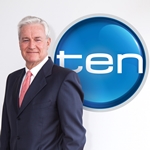 Professor Paul Grabowsky — “For distinguished service to music as a performer, composer, educator and mentor, and through significant contributions to the arts as an administrator.” Professor Grabowsky became known on television in the early 1990s as music director for Tonight Live With Steve Vizard. Other television credits include dramas Phoenix and Janus, hosting Access All Areas and as Commissioning Editor for ABC in the late 1990s. Athol Guy, Judith Durham, Bruce Woodley, Keith Potger — “For distinguished service to the performing arts as an entertainer, through seminal contributions to Australian music, and as a supporter of a range of not-for-profit organisations.” The four performers formed popular singing group The Seekers (pictured) in the 1960s and collectively were awarded Australians Of The Year for 1967. Athol Guy later worked in television as host of A Guy Called Athol and The Big 9 and as a talent judge on New Faces.

Sandra Levy — “For distinguished service to the arts as a film and television director and producer, and through strategic leadership and educational roles.” Sandra Levy is currently Chief Executive Officer of the Australian Film Television And Radio School. She has also worked as a producer for Southern Star Xanadu and held executive roles for ABC and the Nine Network.

Dr Zygmunt (Ziggy) Switkowski — “For distinguished service to the community, particularly to tertiary education administration, scientific organisations and the telecommunications sector, to business, and to the arts.” Dr Switkowski is a former Chairman of Optus Vision and President of the Australian Centre for the Moving Image (ACMI)

Angela Catterns — “For significant service to the broadcast media industry as a radio presenter, and to social welfare organisations.” Early in her career Angela Catterns worked at regional television station CBN8 (Orange, NSW), was a reporter for Simon Townsend’s Wonder World and a producer/researcher for SBS.

Virginia Haussegger — “For significant service to the community, particularly as an advocate for women’s rights and gender equity, and to the media.” Virginia Haussegger is a former journalist for the Seven and Nine networks and has worked for The 7.30 Report in Melbourne and Darwin. She is currently journalist and news presenter for ABC News in Canberra.

Mike Munro — “For significant service to journalism as a television current affairs reporter and presenter, and to the community as an ambassador for a range of charitable organisations.” Mike Munro has over 30 years experience in television with credits including 60 Minutes, This Is Your Life, Willesee, A Current Affair, Nine News, What A Year, Missing Persons Unit, Sunday Night and is currently weekend news presenter for Ten Eyewitness News. He was awarded TV Reporter Of The Year at the TV Week Logie Awards in 1985.

Richard Wilkins — “For significant service to the community through a range of charities, and to the entertainment industry.” Richard Wilkins was host of MTV for the Nine Network before becoming the network’s entertainment editor, including working on New Year’s Eve telecasts, ARIA Awards, TV Week Logie Awards and Today.

Eleanor Witcombe — “For significant service to the arts as a writer for radio, film, television and theatre.” Eleanor Witcombe was a scriptwriter for The Mavis Bramston Show, Number 96 and Water Under The Bridge. Television writing credits also include Smugglers Beware, Seven Little Australians, Jonah and The Harp In The South.

Vaughan Hinton — “For service to the media through television production, and to the community of Monbulk.” Vaughan Hinton is a producer and consultant for ABC, working on programs including Blackout, First Australians and Compass. He was also Executive Producer for outside broadcasts of Anzac Day marches and Sydney Gay and Lesbian Mardi Gras.

Ray Warren — “For service to the broadcast media industry as a sports commentator.” Ray Warren has been a commentator of rugby league since 1974, formerly for the Ten Network and since 1989 at Nine.

Rob Weekes — “For service to the broadcast media industry as a producer and director, and to the community.” Rob Weekes was a director for The Magic Circle Club, Good Morning Mr Doubleday and The Long Arm and later producer/director for the long-running Countdown. He also produced ABC‘s television coverage of the Commonwealth Games in 1982 and 1986.