Rebecca learns her lesson
There is an irony that Rebecca Gibney (pictured) is playing the part of a schoolteacher in Nine‘s new drama series Snowy.  The youngest of six brothers and sisters, Gibney dropped out of school at 15 and dismissed study as a waste of time. “I regret now, to a certain extent, that I dropped out of school so early,” she told TV Week. “It’s hard to know exactly how much I missed out on.”  Although her character Lilian is a schoolteacher she is also the town rebel. “Lilian is extremely liberal and forthright and is looked upon quite badly by the town,” she said. “She rubs people the wrong way. She gets plenty of disapproving looks from people when she’s having a beer and cigarette in the bar. She’s gone from living in a big city to a small town and finds a lot of the people very bigoted.” 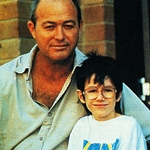 Quantum goes beyond 300
ABC‘s science and technology series Quantum is celebrating its 300th episode. Host Karina Kelly, who came to Quantum after working with the Seven Network and SBS, has been with the show for eight of its nine years on air. “I regard my association with Quantum as an enormous privilege,” she told TV Week. “I’m very happy and feel I’ve found my niche in television.” But she also admits that the show comes with its share of stress as well. “The volume of material that comes through our unit is increasing all the time. Science is moving so fast and it is increasingly difficult to keep pace with it. Thankfully, we have a great team of researchers who scan all the science journals. Some of our researchers have been with the show since the beginning, so the research base we have is very solid.”

“Australian television stations now broadcast something like 3500 hours of sport each year, so the last thing we need right now is another sports program, right? Wrong, according to the Seven Network, because that’s exactly what we are about to get … for the next eight Thursday nights at 9.30, anyway. That is the timeslot — unusual for a sports program — allocated for Seasons but, then again, it doesn’t look like just any sports program. In fact, Seven’s guff on Seasons goes to pains to claim that it is not a sports show but “a program about interesting people with great stories… these people just happen to be sports people”.”

Wednesday: In Neighbours (6.30pm, Ten), Lou (Tom Oliver) is reeling after a marriage proposal from Cheryl (Caroline Gillmer). Nine screens the two-hour telemovie pilot for its historical series Snowy (8.30pm), setting the scene for the telling the story of the development of the hydro-electric scheme planned for the Snowy Mountains. The one-hour special A Kid Called Troy (8.30pm, ABC) tells the story of seven-year-old Troy Lovegrove and his lifelong battle with AIDS.

Thursday: In the series final of Police Rescue (8.30pm, ABC), relationships in the squad are examined when Mickey (Gary Sweet) faces a great loss. In the series debut of Snowy (8.30pm, Nine), a new policeman arrives in Cooma prepared to stamp out the racial tension causing fights in the camps. Bruce McAvaney hosts the new sports-magazine program Seasons (9.30pm, Seven).