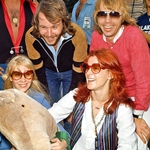 It is well known that Swedish pop group ABBA got their big break as winners of the Eurovision Song Contest in 1974, but in many respects they only gained the attention of the recording industry and pop music fans worldwide after their subsequent popularity in Australia. Although they had some chart success in Europe following …

END_OF_DOCUMENT_TOKEN_TO_BE_REPLACED

Permanent link to this article: https://televisionau.com/2013/01/how-australia-made-abba.html

END_OF_DOCUMENT_TOKEN_TO_BE_REPLACED

Permanent link to this article: https://televisionau.com/2013/01/3aw-honours-peter-hitchener.html