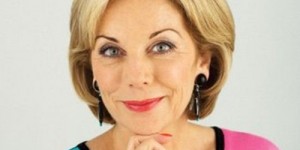 Journalist, media identity and ambassador for various social and health issues, Ita Buttrose was last night (Friday) named Australian Of The Year for 2013. Her media career was predominantly in magazines and newspapers — most notably as the founding editor of women’s magazine Cleo in the 1970s and later editor of The Australian Women’s Weekly …

END_OF_DOCUMENT_TOKEN_TO_BE_REPLACED

Permanent link to this article: https://televisionau.com/2013/01/ita-buttrose-australian-of-the-year.html