Fast Forward fever!
There seems to be a lot of activity — and confusion — behind-the-scenes as Seven‘s new-look Fast Forward begins to take shape for 1993.  Fast Forward favourite Magda Szubanski will not be appearing in the new-look series, although Seven says this is news to them.  The network concedes that there have been some “communication problems” between them and the show’s producers Artist Services.  Meanwhile, comedy duo Empty Pockets were reported to have signed contracts to the new-look show, but 48 hours later the opposite seemed to be true.  Despite Szubanski stepping away to pursue an acting career and other comedy ventures, it appears that most of the Fast Forward line-up will be involved in the new-look show in some capacity… but on the condition the show’s title is changed as they consider the Fast Forward chapter closed.  Seven is not happy with this condition but wants to keep the stars happy.   Also throwing confusion into the situation is Seven commissioning a separate sketch comedy series from the producers of Australia’s Funniest Home Video Show.  The new show, with the working title It’s A Mall World, is having trouble securing talent as Artist Services have been making competing offers to the same performers.  “Seven have all this comedy talent floating around and don’t know what to do with it all,” a Seven source told TV Week.   “And they’re trying to keep the ‘new’ Fast Forward looking as much like the ‘old’ Fast Forward without upsetting the cast!” 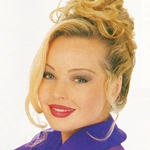 Sneak Preview: Soaps in ’93:
TV Week previews some of Australia’s popular dramas for when they return in the new year:

Lawrie Masterson: The View From Here
“It has reached that time when people who write columns resort to summaries of their highlights and lowlights of the year, but once again I want to avoid doing that.  In many ways, we did need Her Majesty to remind us that it has been annus horribilus.  We already knew that.  Do I, however, detect just a hint of kinder times returning to the entertainment industry and, specifically, television?  There are some interesting projects being nurtured for 1993, so let’s hope they bear fruit.”

Program Highlights (Melbourne, December 27-January 2):
Sunday:  SBS debuts Chill Out, a eight-part series of children’s programs from Australia and various representative countries of the European Broadcasting Union.  The first program to feature is Australia’s contribution, Gotcha!  Sunday night movies are Spy (Nine) and Educating Rita (Ten) up against the debut of mini-series Onassis: The Richest Man In The World (Seven).

Monday:  Ten begins a repeat screening of mini-series Poor Man’s Orange, starring Anne Phelan and Kaarin Fairfax.  Nine starts to wind up its late-night series Chances by screening it over the next three nights to have it finished by the new year.  It marks a fairly inglorious end to the controversial series after a two-year run.

Wednesday:  ABC series A Life features Dame Mary Durack talking about her writing career, her family history and her sadness about the sale of the Durack properties.

Friday (New Year’s Day):  Clive James’ New Year Special (ABC) features the former Australian’s views of the events of 1992, as well as some of the times and people we’d rather forget.

Saturday:  Seven begins its summer of tennis coverage with the Hopman Cup, live from Perth.  Nine starts coverage of the Third Test, Australia versus West Indies, live from the SCG.