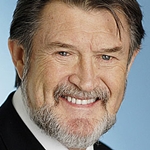 Broadcaster Derryn Hinch is returning to the Seven Network more than 20 years after the same network sacked him.

The 3AW drive-time presenter announced to listeners today that he will be joining Seven as National Public Affairs Commentator, to appear on programs including Sunrise, Sunday Night and Seven News.

He makes his first appearance on Sunrise on Monday.

This will be Hinch’s third stint at Seven.  In the early ’80s he hosted current affairs program Willesee ’81 and daytime panel show Beauty And The Beast.

In 1987 Hinch, then the top-rating morning presenter on 3AW, was lured by Christopher Skase to return to Seven as it was in the process of rebuilding its news and current affairs profile, particularly in Melbourne where ratings had been dire following the previous takeover by Fairfax.  Hinch At Seven ran from 1988 until the end of 1991.  The sacked Hinch then took the program across to Network Ten where it continued for another two years.

Since 2003 he has been drive-time presenter on 3AW.  Only a few weeks ago Hinch was informed by station management that they would not be renewing his contract beyond the end of this year despite topping the ratings on the AM band and coming second overall.  He will present his final program on 3AW in November.

Two years ago Hinch revealed he had been diagnosed with liver cancer and last year received a liver transplant.  A rejuvenated Hinch said he is looking forward to returning “home” to Seven:

“My doctor says I’ve got a Rolls-Royce liver – and now I’m back at the Rolls-Royce network. I can’t wait to get started.  I’ve got a lot of energy, and a lot of ideas and stories I want to pursue. The fat lady hasn’t sung yet.  In fact she won’t be needed on stage for a long time.”

Hinch’s return to Seven comes after another current affairs stalwart, Mike Willesee, made his return to television in joining Seven’s Sunday Night.

Permanent link to this article: https://televisionau.com/2012/09/derryn-hinch-returns-to-seven.html