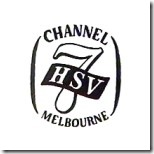 Every city is parochial to some extent, but for some reason, Melburnians are just that little more precious about their city – especially if there are seen to be influences from Sydney.

This attitude to all things local was never more evident than the year 1987 – when the media shake-up not only saw all three Melbourne commercial channels change hands, but more horrifying was the thought that ‘their’ HSV7 had been taken over by a Sydney-based outfit.

Since it was licenced in 1955, HSV7 was owned by the Melbourne-based media giant Herald and Weekly Times (HWT) which published newspapers The Herald and The Sun (hence the call-sign HSV, the “V” stood for Victoria), and owned the once-dominant radio station 3DB.

For its first 30 years of broadcasting, HSV7 maintained a strong local presence in Melbourne. The other commercial channels GTV9 and ATV0/10 did too, but HSV7 would be less influenced by interstate factors and was heavily identified as being very much about Melbourne. Being the major broadcast partner in Australian Rules VFL was a major part of that local identity, but HSV also had strong links to Melbourne with locally-made shows such as World Of Sport, Video Village, The Happy Show, Homicide, Sunnyside Up, The Penthouse Club, the Royal Children’s Hospital Good Friday Appeal and Seven National News which during the ’70s was Melbourne’s dominant news bulletin. 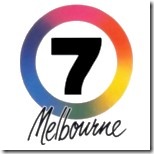 But changes to media laws in the mid-’80s sparked a flurry of activity among the industry. In 1986, Rupert Murdoch had made a successful bid to gain control of HWT, but in doing so had to relinquish the group’s radio and television interests. 3DB ultimately ended up owned by the Australian Radio Network who re-labelled the station 3TT – and these days it is known as Mix 101.1.

HSV7 had been sold to the Fairfax group, a Sydney-based media empire that owned ATN7 and newspapers including The Sydney Morning Herald and Melbourne’s The Age. The fact that HSV had been sold from its traditional newspaper owner to end up with a rival newspaper publisher must have been an indication that a major generational change was about to occur. And it did.

The three things that most closely linked HSV to the city of Melbourne – World Of Sport, Mal Walden and the station’s ‘Hello Melbourne’ station identification – were all dumped mercilessly by the Fairfax management.

And it was no doubt convenient for Fairfax that HSV7, at the end of 1986 under its previous management, had lost the rights to VFL when it was outbid by production company Broadcom.

World Of Sport had launched in 1959 as a Saturday morning program, but later moved to Sundays, and by the time it had been axed in 1987, it was reportedly the longest running sports program on TV in the world. The program was never known for its sophistication or high production values, but it was a weekly habit for generations of Melburnians.

Mal Walden had been with HSV since the early ’70s, having come across from 3DB. An early stint as a game show host on Jeopardy was followed by a cadetship in the newsroom which ultimately led to him being appointed chief newsreader in 1978 when longtime newsreader Brian Naylor moved across to GTV9. On the night of Friday 27 March 1987, Walden was told just minutes before going to air on Seven National News that the bulletin would be his last. A tearful Walden informed viewers at the end of the bulletin that he had been sacked.

While Seven National News had been rating behind its rivals National Nine News and Eyewitness News, it was nothing compared to the fallout that was to follow. When Seven National News was re-launched the following month as a one-hour format with newsreader Greg Pearce, recruited from Perth, ratings fell to virtually zero. The bulletin was soundly being beaten by a kids’ cartoon series Inspector Gadget on ABC, and even by whatever multi-cultural offerings were being broadcast on SBS. The revamped bulletin also lost the support of the Victorian regional channels which up until that time had all carried Seven’s news on relay from Melbourne, and in one fell swoop, all switched their nightly news relay to National Nine News.

When Walden was thrown a life-line by former Seven colleague David Johnston at ATV10, that station’s Eyewitness News recorded a massive ratings spike as Walden was given a minor presenting role of a five-minute human interest segment Mal’s Melbourne. Walden was later promoted to co-newsreader alongside Johnston and new recruit Tracey Curro in 1988. In 1995, he was appointed Ten’s chief Melbourne newsreader when Johnston went back to Seven.

Melbourne viewers had felt that HSV had simply left town in the wake of all that was happening. World Of Sport was replaced by Sydney’s Sportsworld, a program that was no doubt more polished in presentation, but did not have the personality or tradition of World Of Sport, and being from Sydney, did not have the primary focus on Aussie Rules football The local current affairs program Day By Day was replaced by Terry Willesee Tonight fed down the line from Sydney, and the late-night news edition Newsworld was replaced by the Clive Robertson version which was adopted around the network. In the case of Newsworld, that was a change that seemed to bear some fruits as Robertson’s laid-back and sarcastic style gave a new perspective in news presentation and would last for some years.

Though obviously relishing the opportunity to kick a rival when it’s down, the Nine Network‘s 60 Minutes featured a story highlighting the mood surrounding the changes at HSV7 with reporter Jana Wendt chatting to apparently-typical Melburnians, as well as Mal Walden, Nine’s Brian Naylor, Ten’s David Johnston (co-incidentally a former colleague of Wendt’s when she was a newsreader at Ten) and even Seven executive Phil Davis and new newsreader Greg Pearce.

The 60 Minutes report though did raise a certain point. Sure, HSV7 was now being run by Sydney interests, but its rivals Nine, Ten, and even ‘aunty’ ABC were being run and influenced by Sydney-based decision-making for years. And Melbourne’s favourite son, Graham Kennedy, also gave a rather blunt assessment that Melbourne has to get with the times – television can not survive as a purely-local medium, it has to rely on a networked format to survive and if that meant losing some local jobs, so be it.

But barely a few months after the Fairfax-led upheaval at HSV, there was a change again, this time from Melbourne-born entrepreneur Christopher Skase buying up the Seven stations HSV7, ATN7 Sydney and BTQ7 Brisbane for $780 million. Skase was seen as the white knight to save HSV7 from its perilous state. Although Skase predicted the station’s recovery would take some years, within months of his buying the network, the rights to VFL coverage had come back to Seven, the news was getting a revamp with the signing up of Eyewitness News presenter Jennifer Keyte and returning to its traditional half-hour format, and Melbourne radio broadcaster Derryn Hinch had signed on to present a nightly current affairs program.

Seven was coming back to Melbourne but it would be some time before the scars of the Fairfax era would heal, not helped either by the later Skase controversy that would follow in the early ’90s.