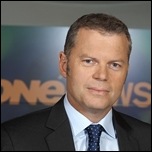 The Ten Network has announced the appointment of Anthony Flannery to head its News and Current Affairs division, effective in the new year.

He replaces Dermot O’Brien, who had been in the role since Jim Carroll stepped down earlier this year.  O’Brien now takes on the role of network editorial manager and continues as Ten’s Melbourne news director.

Flannery is currently the head of News and Current Affairs for the New Zealand national broadcaster, TVNZ, but had previously worked at the Nine Network on A Current Affair, Today and Nine News.

In his new role at Ten, Flannery will be reporting directly to new chief executive officer James Warburton, who also joins the network in January.

The News and Current Affairs portfolio will no doubt give its new boss some challenges as it has taken some battering this year.  Starting confidently back in January with its new 6PM With George Negus and Ten Evening News, lack lustre ratings saw the Negus program moved to 6.30pm, the 5.00pm weeknight newscast expanded to 90 minutes, and the hastily-reinstated 5.00pm news bulletin on weekends.  All have continued to receive ordinary ratings numbers.

The Late News has recently been axed after twenty years on air and the weekend newscast has adopted a national 90-minute format, which debuted to poor ratings last Sunday.

Melbourne newsreader George Donikian has resigned after twenty years with the network, and Ten is also set to farewell veteran newsreader Ron Wilson – after more than three decades with Ten – when his contract expires later this year.  Newsreader Deborah Knight has also been moved from her role as co-presenter of the 5.00pm newscast in Sydney.

The News department was also subjected to staff redundancies as Ten undertook a strategic review of its entire operation.

However, on a slightly more positive note, a new breakfast show is set to debut early next year to take on ratings giants Today and Sunrise.  The show is to be presented by Dr Andrew Rochford – a contributor to The 7PM Project and currently a Sydney breakfast radio presenter – and a female presenter to be appointed.

Permanent link to this article: https://televisionau.com/2011/10/ten-news-gets-a-new-boss.html