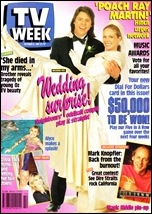 ‘It’s a fair dinkum suburban wedding’
There was some angst among the residents of Neighbours’ Ramsay Street when it was announced that Melanie (Lucinda Cowden) and Joe (Mark Little) were to walk down the aisle.  Their main concern… what would the ‘dippy’ Melanie – who is known for her ‘unusual’ dress sense – wear?  Even the groom expressed some concern at his bride’s choice of gown.  “Let’s face it, she is the sort of character who could turn up in a tutu and tap-dance down the aisle,” Cowden told TV Week.  But to the relief of all, including the actress who plays her, madcap Melanie ends up walking down the aisle in a traditional full-length gown and veil.  “I was really pleased with the traditional dress.  I didn’t want to look like one of those dolls that has a toilet roll under her dress,” she said.

‘I’d be kicking his door in!’
The arrival of former 60 Minutes producer Gerald Stone to the Seven Network has sparked all sorts of speculation and rumour about changes to the network’s lineup – a possible change of timeslot for Home And Away to 7.00pm which would bump Derryn Hinch to 6.30pm, up against A Current Affair?  Or will a new current affairs show take the earlier timeslot?  Will he sign up former 60 Minutes reporter and Midday host Ray Martin?  Or even George Negus?  But Hinch, who recently celebrated 1000 shows at Seven, says he is contracted to the network until July and is not concerned about Stone’s arrival or any appointments he might be planning.  “I’ve talked to him since he came on board,” Hinch told TV Week.  “I’ve said publicly before I’d like to get Ray Martin here.  I’d like to get George Negus over here.  I think George Negus is wasted.  Ray is wasted there (at Nine) now.  If I was packaging a program, I’d be kicking his door in.” 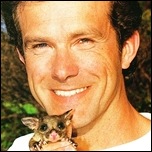 Hello, possum!
ABC’s new 20-part documentary series Wildscreen promises everything from giant octopuses and amorous snails, to cheeky cockatoos and unpredictable camels.  The series is being produced by ABC’s natural history unit, headed by executive producer Dione Gilmour.  “The programs are beautifully shot and very interesting, but they’re also very quirky.  They don’t take themselves too seriously as some other documentaries,” she told TV Week.  “There’s a fair bit of humour there.  It’s good entertainment for the whole family.”  The first episode of the series, Hello Possums, is written and presented by ABC’s Sydney newsreader Richard Morecroft (pictured), whom Gilmour says is “passionate” about Australia’s natural history.  The ABC has already given the go-ahead for a second series.

Briefly…
Mike Walsh, the former king of daytime TV, is not missing television one bit as he launches his latest project – the new Hayden Room cabaret venue at his art deco Orpheum Theatre in the Sydney suburb of Cremorne.  The cabaret room has a look of the Thirties with pastel tones, ornate swirls, mirrors and art deco lights.  Launching the venue is Wherefore Art Thou Cabaret?, starring Tony Sheldon and Maria Mercedes. 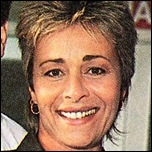 Former 1970s TV Week Queen Of Pop Colleen Hewett (pictured) is these days struggling to win a recording deal.  But the former chart topper, with hits including Day By Day, Gigolo and Wind Beneath My Wings, now prefers to talk about acting.  Former stage roles in Godspell and Pippin have been more recently followed by a role in mini-series Shadows Of The Heart and a guest appearance this week in The Flying Doctors.  She is keen to consider an ongoing acting role as a change from working the cabaret circuit.

“The Australian music industry has really come of age,” Molly Meldrum said at the launch of the Australian Music Awards.  “The industry badly needs something like this, not only for the music fans to have their say, but also to recognise the different styles of music, things like dance and alternative acts.”  The AMAs will be held at Melbourne’s Congress Centre in November – sponsored by Coca-Cola in association with TV Week – and will be broadcast on Network Ten.

Garry Shelley’s Sound Off
”Hits and Memories, on Seven this week, is reminiscent of Bandstand days as Glenn Shorrock and his talented young team – including Tina Arena, Miguel Ayesa, Johnny Nieshche, Carlotta Chadwick and Lara Mulcahy – take us back to a time when music was fun and you could even understand the lyrics.  The show – a pilot for a proposed series – has one main aim and that’s to encourage new talent.  What better reason then to go into a series!”

Sunday:  Seven crosses to Mt Panorama, near Bathurst, for ten hours of coverage of the Tooheys 1000 with commentators Sandy Roberts, Mike Raymond, Garry Wilkinson, Richard Hay, Neil Crompton and Mark Oastler.  Ten presents live coverage of the final of the Australian Indoor Championship tennis from the Sydney Entertainment Centre.  Sunday night movies are The Package (Seven), Chances Are (Nine) and Harry And The Hendersons (Ten).

Tuesday:  In GP (ABC), Robert (John McTernan) is accused of sexual misconduct after volunteering to help a young British tourist.  In Beyond 2000 (Seven), Simon Reeve reports on how the Spanish dung beetle could help control bush flies in Australia.

Wednesday:  ABC presents the one-hour documentary The Wonderful World Of Dogs – a humorous look at the relationship between humans and dogs, the dogs’ daily lives and the less savoury aspects of their behaviour.  Later in the evening ABC presents live coverage from Wales of the Rugby World Cup match between Australia and West Samoa.

Friday:  SBS presents the documentary Hope For The World’s Children, hosted by Mary Kostakidis and co-produced with World Vision.