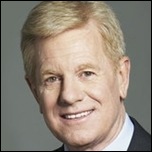 Melbourne’s The Age Green Guide has presented a special feature on Network Ten newsreader Mal Walden just prior to his 50th anniversary in broadcasting, which is reached on Monday.

Born in the UK, Walden came to Australia with his family in the 1950s.  His first taste of the media came in 1961 when he won a secret sound contest on local radio station 3YB in Warrnambool.  Upon touring the station when collecting his prize a young Walden decided to pursue a career in broadcasting.

He started at 3YB and then went south to Tasmania, to Launceston radio station 7EX and television station TNT9.  He then returned to the mainland to Melbourne radio station 3DB, working alongside David Johnston and Brian Naylor – a trio that would work together for a decade, at 3DB and then at HSV7, before becoming friendly rivals with each working at opposition TV stations in the 1980s.  Naylor made the switch from HSV7 to GTV9 in 1978, Johnston took a break from television news before returning to front Eyewitness News on the newly-launched ATV10 in 1980, and Walden took over from Naylor as chief newsreader at HSV7. 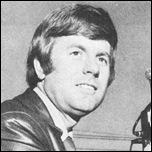 Starting at HSV7 in the early ‘70s, Walden hosted the game show Jeopardy before beginning a journalism cadetship.  But it was in 1974 that he got his big break as the first television journalist to arrive in Darwin after the city had been devastated by Cyclone Tracy on Christmas Eve.

Replacing Naylor at the news desk in 1978, Walden presented Seven National News for nine years before he was sacked by the station’s new Sydney-based management.  A tearful farewell at the close of his final Seven news bulletin was followed by the channel getting its lowest ever news ratings, and his subsequent appointment to Ten’s Eyewitness News, working with former colleague David Johnston, saw that bulletin reach some of its highest ever ratings figures.

Walden had various roles at Ten, first presenting human-interest stories in the news segment Mal’s Melbourne, before reading the news next to Johnston and newcomer Tracey Curro in 1988, and then reading the weekend bulletins.

When Johnston moved back to Seven at the end of 1995, Walden was the natural successor to read Ten’s 5.00pm bulletin – first alongside Jennifer Hansen and now Helen Kapalos.

He has also presented special events for Ten, including the Young Achiever Awards and ATV10’s 30th anniversary special in 1994, and wrote the book From The Word GO! – Forty Years of Ten Melbourne in 2003.

Earlier this year Walden was part of Ten’s major news revamp which saw him move from the 5.00pm news hour to front the new Ten Evening News bulletin at 6.30pm.  Although the bulletin was soon wound up, Walden’s ratings performance was better than that of his interstate counterparts.  He is now back at the 5.00pm news desk four nights a week.

Walden’s widespread appeal comes not just from his newsreading authority but also his ability to show a lighter side to the news.  His cheeky on-air comment that a story about disgraced air hostess Lisa Robertson was ‘a waste of time’, his stumbles over the pronunciation of the word ‘phenomenon’ and the occasional ad-libbed weather report are some of his lighter moments that have endeared him to viewers.

The full Green Guide article can be found here.